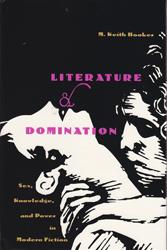 Literature and Domination:
Sex, Knowledge, and Power in Modern Fiction

"An impressively wide knowledge of both literary and theoretical texts. . . . Booker's effect is to demonstrate the powerful collusion between subversive critical and literary strategies in the twentieth century."--Francis McGrath, University of Southern Maine
"Engaging, informative, and persuasive. . . . Booker reconciles [metafiction and politics], though doing so requires constant, dynamic, vigilant balancing."--John M. Krafft, Miami University of Ohio
Employing the theoretical resources provided by cultural critics such as Adorno, Jameson, Althusser, and Foucault, M. Keith Booker examines the treatment of issues of power and domination in modern literature. Discussing texts such as Virginia Woolf's The Waves, Vladimir Nabokov's Lolita, Thomas Pynchon's V., and Italo Calvino's If on a winter's night a traveler, Booker focuses on gender relations as a locus of struggles for power in human relations generally. He also pays special attention to the work of Samuel Beckett, reading the novels Watt and The Lost Ones to explore the issues of power and domination in an Irish cultural context.
For all of the texts read, such issues are explored not only in terms of content but of style and form. What is distinctive about many modern texts, Booker claims, is the reflexive way literary meditations on power, authority, and domination turn inward to involve examinations of textuality and reading as images of the kinds of struggles for mastery that inform society at large.
He suggests that literary knowledge is of a different order than the traditional theoretical knowledge that is equated with power in the West. "Literature has the potential to explore and illuminate objects of inquiry in a mode of dialogue and performance rather than by seeking to dominate them in the traditional mode of science," he writes. "Especially in the difficult and complex texts of modern literature, successful reading requires that readers and texts work together, pointing toward ways the human drive for mastery can be fulfilled through cooperation rather than through demanding the submission of some Other who is being mastered or dominated."
M. Keith Booker is associate professor of English at the University of Arkansas. He is the author of Techniques of Subversion in Modern Literature: Transgression, Abjection, and the Carnivalesque (UPF, 1991), numerous essays on literature and literary theory, and more than 100 scientific and technical articles.

Vargas Llosa Among the Postmodernists
Techniques of Subversion in Modern Literature: Transgression, Abjection, and the Carnivalesque 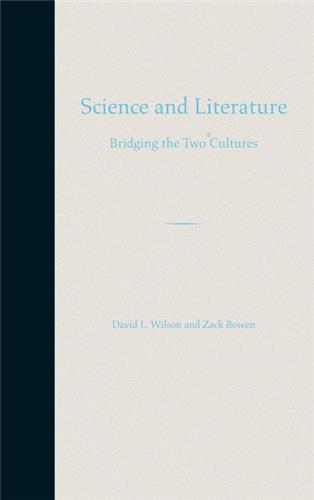