"Comprehensively and knowledgeably addresses uniquely modern dilemmas of urban places in the Middle East by bringing together an interdisciplinary group of scholars who have already made significant contributions . . . in their respective fields. . . . A very important volume."--Janet L. Bauer, Trinity College, Hartford

"Makes a valuable addition to the literature. . . . Offers a wealth of diverse and original contributions on social and cultural issues of urban societies in the region."--Iliya Harik, Indiana University

In the first substantial study of mounting urban problems in the Middle East, contributors present case studies of cities in Turkey, Tunisia, Egypt, Jordan, Oman, Yemen, Sudan, and Iran. In particular, they address problems of urban planning and administration (including historic preservation issues), poverty and marginalization, health and gender in the urban environment, and the impact of politics on the city, including the actions of Islamicist groups. The authors stress that Middle East cities are indeed in crisis; in a concluding chapter, Michael Bonine asks whether or not they are sustainable.

CONTENTS
1. Population, Poverty, and Politics: Contemporary Middle East Cities in Crisis, by Michael E. Bonine
Part I. Municipal Government, Urban Planning, and Conserving the Urban Past
2. Urbanization and Metropolitan Municipal Politics in Turkey, by Metin Heper
3. Ruptures in the Evolution of the Middle Eastern City: Amman, by Mohammad Al-Asad
4. Urban Conservation in the Old City of SanPart II. Poverty and Marginalization in the Urban Middle East
5. Responding to Middle East Urban Poverty: The Informal Economy in Tunis, by Richard A. Lobban, Jr.
6. Devotion as Distinction, Piety as Power: Religious Revival and the Transformation of Space in the Illegal Settlements of Tunis, by Elizabeth Vasile
7. Muscat: Social Segregation and Comparative Poverty in the Expanding Capital of an Oil State, by Fred Scholz
Part III. Health and Gender and the Urban Environment
8. The Crowded Metropolis: Health and Nutrition in Cairo, by Osman M. Galal and Gail G. Harrison
9. Population, Poverty, and Gender Politics: Motherhood Pressures and Marital Crises in the Lives of Poor Urban Egyptian Women, by Marcia C. Inhorn
10. Gender and Health: Abortion in Urban Egypt, by Sandra D. Lane
Part IV. Islam and Politics: War, Revolution, and Protest in the Middle Eastern City
11. Urbanization and Political Instability in the Middle East, by Kirk S. Bowman and Jerrold D. Green
12. Urbanization, Migration, and Politics of Protest in Iran, by Farhad Kazemi and Lisa Reynolds Wolfe
13. Islam, Islamism, and Urbanization in Sudan: Contradictions and Complementaries, by John Obert Voll
14. The New Veiling and Urban Crisis: Symbolic Politics in Cairo, by Arlene Elowe MacLeod
15. Are Cities in the Middle East Sustainable? by Michael E. Bonine

Michael E. Bonine is professor of geography and Near Eastern studies at the University of Arizona. Coeditor of Middle Eastern Cities and Islamic Urbanism (1994), he was executive director of the Middle East Studies Association from 1981 to 1989. 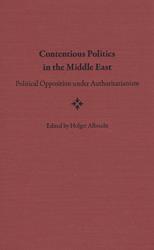 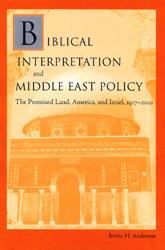