"Culminates with the closest, most detailed and systematic reading of Beckett’s most important novel, Molloy, yet produced. . . . No other work in Beckett studies has attempted to deal with these works in this much detail, with this strong a thesis, and, most important, with this much success. . . . A masterwork. It will completely revise how we think of Beckett’s creative process and how we read Molloy."--S. E. Gontarski, Florida State University

While much has been written on the subject of Joyce’s uses of sources and models, little has been written about Samuel Beckett’s similar preference for using formal systems of thought as scaffolding for his own work. In the most comprehensive study of his use of source material, J. D. O’Hara examines specifically Beckett’s almost obsessive concern with psychological sources and themes and his use of Freudian and Jungian narrative structures.
Beginning with Beckett’s early monograph, Proust, O’Hara traces Beckett’s preference for Schopenhauer’s philosophy as the system of thought most appropriate for thinking and writing about Proust. O’Hara then examines Beckett’s shift from philosophical to psychological models, specifically to Freudian and Jungian texts. Beckett used these, as O’Hara demonstrates, for characterization and plot in his early writings.
Beckett’s use of depth psychology, however, in no way allows the reader to hang either a "Freudian" or "Jungian" tag on Beckett. O’Hara cautions his readers against inferring "truth value" from what is more properly understood as scaffolding--a temporary arrangement used during the construction of his own absolutely unique art form. O’Hara analyzes this scaffolding in the novel Murphy, the story collection More Pricks Than Kicks, the short works "First Love" and "From an Abandoned Work," and the radio play All That Fall. He concludes with the most comprehensive and detailed reading of Molloy available anywhere. No serious reader of Beckett will want to be without this book.

"J.D. O'Hara makes the case that Beckett, following in the footsteps of his mentor James Joyce, borrowed and incorporated entire systems of thought that he modified to express his peculiar genius. O'Hara . . . proposes that Beckett appropriated the structures of depth psychology as scaffoldings for narratives in which events and objects of the outer world could reveal the life of the mind." "Yet, as O'Hara makes clear, in Beckett there is no more truth of value attached to a psychological structuring of experience than to any other conceptual framework; it is merely that some sort of structure is needed to say anyting at all. Ultimately, O'Hara posits the unsayable in these early works of Beckett as the anatomy of a universal failure to love and be loved."
--New York Times Book Review 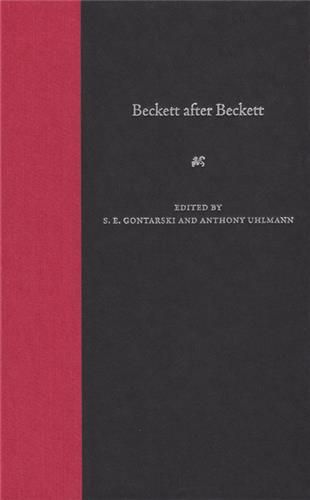