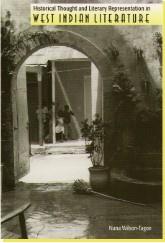 "There is in this work nearly total grasp of the central concerns of . . . Anglophone Caribbean literature. Few books on the subject cover it with the breadth and depth that this has."--Isidore Okpewho, State university of New York, Binghamton

"An impressive range of explorations into the ways in which the better-known male Caribbean writers of fiction, poetry, and drama reconceptualize Caribbean history."--Kathleen M. Balutansky, Saint Michael’s College

Nana Wilson-Tagoe argues that it is in the imaginative recasting of the past, more than in one-dimensional explanations of historical processes, that we find insights in Caribbean history and that it is this recasting that has shaped Caribbean literature in the 20th century.
Looking at major Anglophone Caribbean writers in three genres--novels, short stories, and poetry--she analyzes the ways in which history has been perceived, constructed, and used in West Indian literature. In that context she explores the interplay of reality and the fantastic; history and the imagination; myth and ancestral memory; time-bound conceptions of the West Indies and the timeless values of life there. While discussion focuses on the interface between literature and historiography, it also addresses issues in sociology, political science, and philosophy.
Wilson-Tagoe’s work will appeal to students of Caribbean literature but also and particularly to scholars who study the black Atlantic world, both on its own terms and in its relations with Western society and Africa.

Nana Wilson-Tagoe teaches African and Caribbean literature at the School of Oriental and African Studies, University of London. She has published A Reader’s Guide to West Indian and Black British Literature as well as articles in Caribbean Review, Trinidad Review, Wasafiri, and Comparative and General Literature.

"A welcome addition to the bookshelves of any scholar interested in the historical imagination in contemporary West Indian literature."
--New West Indian Guide 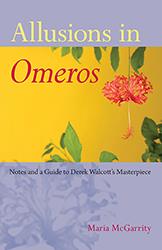