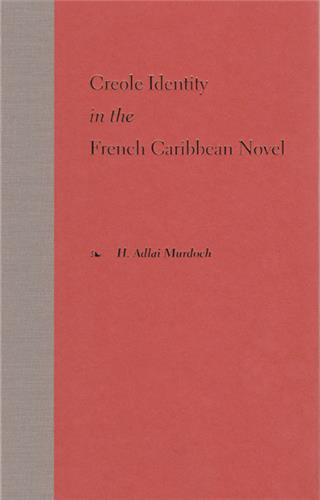 Murdoch maintains that the culture of the French Caribbean islands of Guadeloupe and Martinique is less homogeneous and more creatively fragmented than is commonly supposed. Promoting a new vision of this multifaceted region, he challenges preconceived notions of what it means to be both French and West Indian. The author’s own West Indian origin provides him with intimate, firsthand knowledge of the nuances of day-to-day Caribbean life.

While invaluable to students of Caribbean literature, this work will also appeal to those interested in the African diaspora, French and postcolonial studies, and literary theory.

H. Adlai Murdoch, associate professor of French and Francophone studies at the University of Illinois at Urbana-Champaign, is the author of articles in Callaloo, Research in African Literatures, and Yale French Studies.

"adds an important dimension to our understanding of creole identity in the French Caribbean discourse." - French Review
--French Review

" Valuable for its critical probing of the variant postcolonial voices that struggle to determine identity in the midst of exile, alienation, and unrequited belonging." - Choice Magazine
--Choice