"Puts the topic of Mesoamerican contact back on the table. . . . At last, it's okay to look to Mexican cultures for instruction and interpretation of a Pan American belief system."--Cheryl Claassen, Appalachian State University

Native peoples living around the Gulf of Mexico had much in common, from the time of the earliest hunter-fisher-gatherers onward. There have been hypotheses of prehistoric interaction between the southeastern United States and Mesoamerica, but explorations of the processes have been few. This volume chronicles the archaeological continuities and discontinuities along the Gulf Coast from Archaic through Postclassic/Mississippian times and later, including shell mounds/middens and estuarine adaptations, subsistence similarities, the relationship of early settlement and sea level rise, cultural complexity, early monumental construction, long-distance exchange relations, and symbolism and iconography.

Many debatable issues are explored. Northeastern Mexico is a region relatively remote from the Mesoamerican heartland, as is coastal Texas from the southeastern United States. The connecting area of the south Texas/Mexican coast may have been too inhospitable for much habitation, thus inhibiting interaction, yet some artifact types and styles, not to mention food crops, crossed these boundaries. The long-distance diffusion of ideas of sociocultural complexity, food production, and monument construction are reexamined in Gulf Coast Archaeology with new data and wide geographic prespectives. This book is an important contribution to the hypothesis of prehistoric culture contact and interaction between native groups in North America and Mesoamerica, which has been an openly debated topic over the last century.

Nancy Marie White is professor of anthropology at the University of South Florida.

"This is a valuable book for all U.S. and Mexican scholars. Highly recommended."
--CHOICE

"Succeeds in bringing together case material from a region that has long suffered from uneven coverage and the barriers of nationalism and language. I commend the editor and the book's contributors for taking steps to rectify this shortcoming. All archaeologists with interests in the Gulf of Mexico will benefit from a careful reading of this volume."
--Journal of Anthropological Research

Nancy White and her colleagues deserve a hearty round of applause for tackling such an intimidating topic with an openness based on considerable new data and new methodologies.
--Oklahoma Archaeology

Late Prehistoric Florida: Archaeology at the Edge of the Mississippian World
Grit-Tempered: Early Women Archaeologists in the Southeastern United States 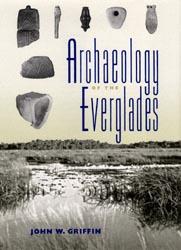 Archaeology of the Everglades 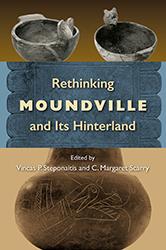 Rethinking Moundville and Its Hinterland