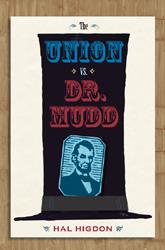 "Although this is a book of fact, it reads like excellent fiction. . . . The thrilling presentation of the pros and cons on Dr. Mudd's case carries the book to a high climax."--Houston Chronicle

"What we have in this volume is an excellent contribution in a field which despite constant attention periodically produces a work of freshness and vigor."--Los Angeles Times

"For those who know about Mudd, it is a welcome replacement for volumes. For those who don't, it is a story about man's inhumanity to man worth studying."--Chicago Tribune

"[Higdon] has contributed a sane, sensible study to the controversial literature of American justice."--Dallas Morning News

"A book that is notable for its level-headed treatment of an historical field that invites wild conjectures: the Lincoln murder conspiracy."--Civil War Times

For nearly 150 years, one question remains unanswered in the events surrounding the assassination of Abraham Lincoln: was Samuel A. Mudd, the physician who set the broken leg of John Wilkes Booth, guilty or innocent of participating in the conspiracy to murder the president?

Featuring a new introduction and epilogue, this well-researched and unbiased account of Mudd's testimony, trial, and imprisonment remains the gold standard on the topic more than forty years after it was first published.

So, did Dr. Mudd merely answer the call of duty when an injured man appeared on his doorstep, or was he a wily co-conspirator who avoided the death penalty? Hal Higdon takes an objective stance and allows the reader to decide.

Hal Higdon is an award-winning author of more than thirty-four books.

"Wtriters have argued about Dr. Mudd for more than a century, but until they look more closely at the laws and evidence that were brought to bear against him, they will continue to generate more heat than light. In The Union vs Dr. Mudd, Hal Higdon took a small step in the right direction, and for that he is to be commended."
--H-Net Reviews