“An excellent, beautifully illustrated introduction to a dynamic painter that sparks the viewer’s interest in Newton and his fellow highwaymen, all of whom created against the backdrop of Jim Crow.”—Publishers Weekly

“Heralded as the finest artist of the group, Newton was admired by peers, customers, and mentors alike. His story is pieced together . . . by Newton’s loved ones and friends, then woven together by Monroe within the larger tale of the emergent outsider art collective.”—Austin Chronicle

“Open[s] a window to a Florida that has vanished so quickly that most of the state’s contemporary residents are not only unaware of these important artists, but they also possess only a sketchy idea of the unique natural environment of yesterday’s Florida.”—Florida Historical Quarterly

"Gary Monroe has captured the essence of the Highwaymen's spirit through his insightful and endearing portrait of the group's finest painter."--Allison McCarthy, executive director, LeMoyne Art Foundation

Harold Newton was an unrecognized vagabond artist who not only captured the beauty of the Florida landscape but transformed it with an artistry that invoked its drama of light, color, and form while hinting at its dark, primordial forces. One of his fellow Highwaymen once observed of his work, "It don't have to be signed to know it's a Newton." Combining samples of his paintings with biographical details and reminiscences of family members, customers, and fellow Highwaymen, Gary Monroe creates an homage to the man whose work contributed perhaps more than anyone else's to shaping the romantic imagery and identity of modern Florida.

An enigmatic figure, Newton lived an artist's life--aloof and prolific while painting, gregarious and expansive when socializing. Taking to the streets to sell his paintings in 1954, he sold untold numbers of works, showering the state with them. There are "Newtons" everywhere--especially along Florida's east central coast, the Highwaymen's backyard. Their art is in Miami and the Palm Beaches, Tallahassee and across the Panhandle, Lake City and scattered throughout the interior, and along the west coast as well, in Naples, Sarasota, Tampa, and St. Petersburg--wherever there were homes and offices. More of Newton's paintings remain today than those of any of the other highwaymen. Monroe explains these images' enduring appeal while providing glimpses of the African American artist's life from which they emerged, from a childhood spent moving between Florida and south Georgia, to a pivotal encounter with Bean Backus, to his sojourns at Eddie's Place, to the repossession of his 1959 Ford sedan decorated with beach, ocean, palm trees, and nude girls, to the quiet accumulation of professional patrons eager to purchase another two or three "Newtons" at every available opportunity.

Newton is central to understanding the style of landscape painting that emerged from the Indian River area at mid-century, and Monroe creates an attractive, engaging, and informative account of this pivotal artist and his impact on the popular image of Florida.

Publication of this work was made possible through the generous support and enduring vision of Anne Frasor and Scott Schlesinger.

…an excellent, beautifully illustrated introduction to a dynamic painter that sparks the viewer's interest in Newton and his fellow highwaymen, all of whom created against the backdrop of Jim Crow.
--Publishers Weekly.com

…should be studied and understood in conjunction with historian Gary Mormino's masterful Land of Sunshine, State of Dreams: A Social History of Modern Florida.
--Florida Historical Quarterly

" Worthy of a place on the bookshelf."
--Tampa Bay History 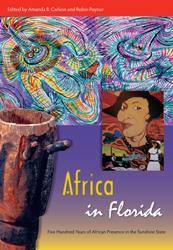