Mestizo Modernity:
Race, Technology, and the Body in Postrevolutionary Mexico

“A rich and compelling history of race in Mexico from an important new voice in Mexican cultural criticism.”—Rebecca Janzen, author of The National Body in Mexican Literature: Collective Challenges to Biopolitical Control

“This excellent study illuminates the construction and understanding of race, identity, and modernity in postrevolutionary Mexico from Vasconcelos’s ‘The Cosmic Race’ to the Mexploitation cinema of El Santo and from the murals of Rivera and Orozco to 1960s onda science fiction.”—Rachel Haywood Ferreira, author of The Emergence of Latin American Science Fiction

After the end of the Mexican Revolution in 1917, postrevolutionary leaders hoped to assimilate the country’s racially diverse population into one official mixed-race identity—the mestizo. This book shows that as part of this vision, the Mexican government believed it could modernize “primitive” indigenous peoples through technology in the form of education, modern medicine, industrial agriculture, and factory work. David Dalton takes a close look at how authors, artists, and thinkers—some state-funded, some independent—engaged with official views of Mexican racial identity from the 1920s to the 1970s.

Dalton surveys essays, plays, novels, murals, and films that portray indigenous bodies being fused, or hybridized, with technology. He examines José Vasconcelos’s essay “The Cosmic Race” and the influence of its ideologies on mural artists such as Diego Rivera and José Clemente Orozco. He discusses the theme of introducing Amerindians to medical hygiene and immunizations in the films of Emilio “El Indio” Fernández. He analyzes the portrayal of indigenous monsters in the films of El Santo, as well as Carlos Olvera’s critique of postrevolutionary worldviews in the novel Mejicanos en el espacio.

Incorporating the perspectives of posthumanism and cyborg studies, Dalton shows that technology played a key role in race formation in Mexico throughout the twentieth century. This cutting-edge study offers fascinating new insights into the culture of mestizaje, illuminating the attitudes that inform Mexican race relations in the present day.

David S. Dalton is assistant professor of Spanish at the University of North Carolina at Charlotte.

A volume in the series Reframing Media, Technology, and Culture in Latin/o America, edited by Héctor Fernández L’Hoeste and Juan Carlos Rodríguez 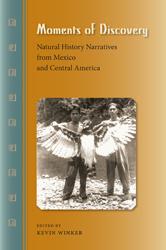