Countering the conventional narrative that Florida’s tourism industry suffered during the Great Depression, this book shows that the 1930s were, in reality, the starting point for much that characterizes modern Florida’s tourism. David Nelson argues that state and federal government programs designed to reboot the economy during this decade are crucial to understanding the state today.

Through a wealth of unpublished and recently discovered images, this book presents new and rarely seen views of the people, places, and events involved in planning, accomplishing, and commemorating the first Moon landing.

St. Augustine's Ghosts: The History behind the Hauntings

From doomed pirates to mischievous soldiers to spectral nuns, this collection of 38 spine-chilling tales features famous spirits from St. Augustine’s legendary paranormal past.

No other book so fully or accurately captures the highs and lows, the grandeur and the craziness, the horrors and the glories of the past 500 years in the Land of Sunshine.

Son of Real Florida: Stories from My Life

As stories about “Florida Man” inspire wild headlines in the news, Florida’s most beloved chronicler is here to show that the state is more than the stereotypes. Award-winning journalist Jeff Klinkenberg has explored what makes Florida unique for nearly half a century, and Son of Real Florida is a compelling retrospective of essays on the state he knows so well.

Florida's Other Courts: Unconventional Justice in the Sunshine State

Beginning with the state's colonial history, Florida's Other Courts challenges narratives that paint Spain's administration of its New World holdings as corrupt, inefficient, and tyrannical, using research into archival records scattered across Spain, Cuba, and other New World sites. 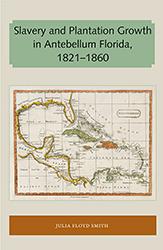 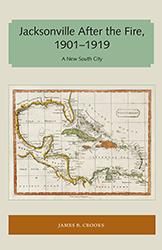