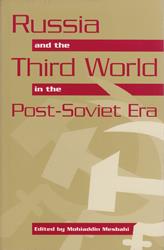 "What makes this volume unique and interesting is the [rich diversity] of its contributors. They clearly represent different ideological persuasions, come from different nations, belong to different generations, and have varied experiences."--Mohsen Milani, University of South Florida, Tampa

"A superbly edited and well-designed volume. The contributions are first rate. This book will benefit both scholars and students alike, and it is ideal for classes in Russian foreign policy and international relations of the Third world in the post-Soviet period."--Marie Bennigsen Broxup, editor of Central Asian Survey


The collapse of the Soviet Union and the end of the Cold War mark a revolutionary watershed in Russia's relations with the Third World. With essays from leading experts, many of them policy makers in today's Russia, this timely book contributes to debate on some of the most important political, social, and economic developments in the field of international relations.
Contents
Introduction
Russia and the Third World: Departure, Convergence, or a New Centaur? by Mohiaddin Mesbahi
Part 1. The Soviet Collapse, the World Order, and Shifting Paradigms
A Requiem for the Soviet Union, by Vendulka Kubalkova
The "Third Worldization" of Russia and Eastern Europe, by Andre Gunder Frank
The "End of History" and the Third World: The Relevance of Ideology, by Georgy Mirsky
The Collapse of the USSR and the Future of the Socialist Model, by Elizabeth Kridl Valkenier
Part 2. The Soviet Experience in the Third World
The USSR and the Third World: A Historical Perspective, by Yuri Krasin
Russia's "New Thinking" and the Third World, by Viktor Kremenyuk
Part 3. Moscow, the United States, and the Third World
The Dynamics of U.S.-Russian Interaction in the Third World during the Gorbachev Era and Beyond, by Alvin Rubinstein
America's Post-Cold War Military Policy in the Third World, by Mark Katz
The End of the Cold War and the "New World Order": Implications for the Developing World, by Roger Kanet and James T. Alexander
Part 4. Regional Studies
Russia, Africa, and the End of the Cold War, by Stephen Neil MacFarlane
Russia and the Asia-Pacific Region: Toward a New Doctrine, by Gennady Chufrin
Moscow, Cuba, and Central America, by Anatoly Glinkin
Moscow's Relations with Argentina and Brazil: End or Renewal? by Aldo Vacs
Russia and the Middle East: Continuity and Change, by Irina Zviagelskaya and Vitaly Naumkin
The Dynamics of Russian-Afghan Relations: A View from Moscow, by Yuri V. Gankovsky
The Collapse of the USSR and the Northern Tier States, by Shireen Hunter

Mohiaddin Mesbahi is associate professor of international relations at Florida International University. The author of several studies on Soviet-Iranian relations and Central Asian security, his most recent works include Moscow and Iran: From the Islamic Revolution to the Collapse of Communism and a forthcoming edited volume, Central Asia and the Caucasus after the Soviet Union (UPF).

'For scholars and students interested in Soviet policy toward the Third World, this is an especially useful volume."
--Slavic Review

Central Asia and the Caucasus after the Soviet Union 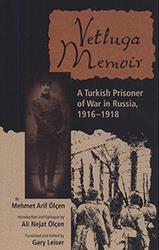 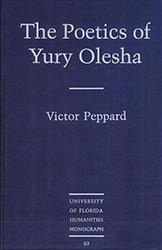