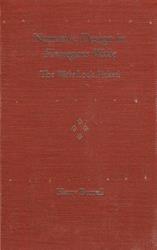 "The first book in fifty years...that actually presents a central thesis for the entire work."--Bernard Benstock

Making bold claims for a new literary interpretation, Harry Burrell presents a forceful analytical model for understanding Joyce’s Finnegans Wake. He argues that Joyce used the genesis story of Adam and Eve as his underlying narrative and interwove it with themes and images from literature and history, thus rewriting the Bible, abolishing the wicked God of the Old Testament, and replacing Him with a gentle, loving female goddess.

Critics and readers of Finnegans Wake have long yearned for "“a thread of English meaning" and "a grand unified theory" for the novel but until now have been unable to penetrate its surface language. Burrell unscrambles the puzzle and reveals the basic underlying scheme that allows the reader to connect its extremely diverse parts into a comprehensible narrative. He explains who all the characters are and how Joyce disguised them while utilizing their identities.

Burrell brings a scientist’s approach to his task of interpretation. This strong, probing reading of Finnegans Wake is bound to stimulate controversy and extensive discussion among Joyce lovers.

Harry Burrell is a retired research chemist and former associate professor of chemistry at Xavier University in Cincinnati. He is the author of numerous articles in technical journals as well as several articles for A Wake Newslitter.

"sets out an astounding but quite plausible thesis: that Joyce meant his labyrinthine novel as a call to dethrone the male God of the patriarchy and replace him with a femal Goddess."
--Gnosis - A Journal of Western Inner Traditions

"A genuine instance of the puncturing of the 'aura' of reverence that more conventional Joyce scholarship seems to hanker after . . . it is a labour of love, the fruit apparently of over fifty years of reading." -English Association
--English Association