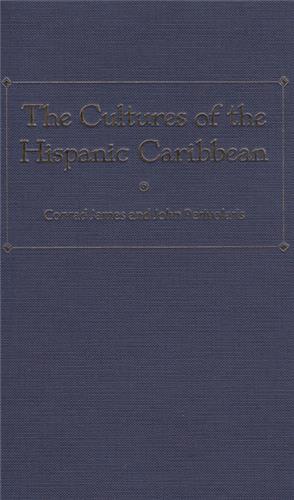 The Cultures of the Hispanic Caribbean

"A splendid volume that develops coherently and interconnects in many different ways. . . . The editors have attracted the leading scholars in Latin American cultural studies. . . . Sensitive both to history and to current debates in literature and culture."--John King, University of Warwick

While difficult to define--and sometimes even to locate--the Hispanic Caribbean is fraught with tension. The region includes nations that have common histories yet very different contemporary political characteristics. This collection maps out the reasons behind the tensions and looks specifically at the distinctive causes and founding concepts of the area.

Contents
1. Fernando Ortiz and Allan Kardec: Transmigration and Transculturation, by Arcadio Díaz Quiñones
2. Puerto Rico Afloat, by Doris Sommer
3. The Nomadic Subject in the Poetry of Julia de Burgos, by Juan G. Gelpí
4. Women, Life-writing, and National Identity in Cuba:
Excilia Saldaña’s Mi nombre: Antielegía familiar, by Conrad James
5. The Nation from De donde son los cantantes to Pájaros de la playa, by Roberto González Echevarría
6. Tuntún de pasa y grifería: A Cultural Project, by Carmen Vázquez Arce
7. Discovering Nicolás Guillén through Afrocentric Literary
Analysis, by Ian Isidore Smart
8. Nancy Morejón: Nation, Negritude, and Marginality, by Efraín Barradas
9. Notes on the History of Blacks in Cuba . . . and May Elegguá Be with Me, by Manuel Granados
10. Transculturation and Integration of the Afro-Venezuelan World in the Contemporary Venezuelan Novel, by Jorge Marbán
11. Dominican Writers at the Crossroads: Reflections on a Conversation in Progress, by Daisy Cocco de Filippis
12. The Role of Science in Cuban Culture: Some Observations, by Keith Ellis
13. Traumas of Modernity in the Caribbean: Virgilio Piñera and Hector Rojas Herazo, by Giberto Gómez Ocampo
14. Little Stories of Caribbean History and Nationhood: Edgardo Rodríguez Juliá and Luis Rafael Sánchez, by John D. Perivolaris
15. Some Critical Observations on the Cult of María Lionza in Contemporary Venezuelan Narrative, by Lancelot Cowie
16. Cultural Ethnocentricity in Commercial Cinema: Representation and Self-Identity, by Rodolfo B. Popelnik
17. Breaking the Spell of Our Hallucinated Lucidity: Surveying the Caribbean Self within Hollywood Cinema, by Diane Accaria-Zavala