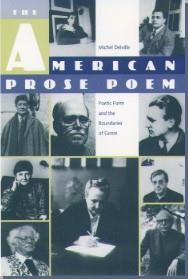 The American Prose Poem
Poetic Form and the Boundaries of Genre