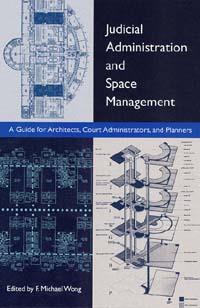 Judicial Administration and Space Management
A Guide for Architects, Court Administrators, and Planners

"An invaluable addition to the library of all who in any way are involved in court services or courthouse design and construction. It will be a definitive reference on current and future bridging between judicial administration and space management of court facilities."-- Leonard S. Parker, chairman, The Leonard Parker Associates, Architects, Inc., Minneapolis

"A book that every court administrator in the country should read and study. Dr. Wong has pulled together the adage that ’form follows function’ in a work that will affect the design of every courthouse."-- J. William Lockhart, courts administrator, Sixth Judicial Circuit, State of Florida

This important work integrates, for the first time, information from the fields of judicial administration and architecture, offering professionals in both areas significant benefits in the planning, programming, and design of courthouses that are responsive to the changing needs of the U.S. judicial system. The culmination of the lifework of F. Michael Wong, one of the nation’s preeminent authorities on judicial facility projects, the book provides invaluable information for the collaboration of judges and judicial staff with architects, engineers, and planners.

The author examines the slow changes in the judicial system and in the design of courthouses in the United States prior to the 1970s and the rapid changes in the areas of courthouse security, technologies, and environmental systems over the past three decades. He suggests more efficient and cost-effective strategies that call for collaborative efforts between the judiciary and the legislative and executive branches of government in the implementation of projects. In addition, he integrates aspects of judicial administration such as case processing, jury records, and personnel and budget management with space management philosophies and concepts.

Judicial Administration and Space Management will serve as an indispensable resource and reference for all architectural and law libraries, for architectural and planning offices, and for administrative offices of the judicial system at federal, state, and local levels.

F. Michael Wong, president and CEO of Space Management Consultants, Inc., and president of the F. Michael Wong Foundation, is a Fellow of the American Institute of Architects (FAIA). He has programmed, planned, and designed judicial facility projects throughout the United States, including the Minnesota Judicial Building, the Alabama Judicial Building, and the Pinellas County Criminal Courts Complex. He was instrumental in publication of The American Courthouse and Space Management and the Courts--Design Handbook and was the principal consultant for the 1991 revision of the U.S. Courts Design Guide. In May 2000, he received the AIA Collaborative Achievement Honors Award and, in June, the AIA California Council’s Research and Technology Honors Award. 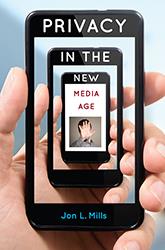