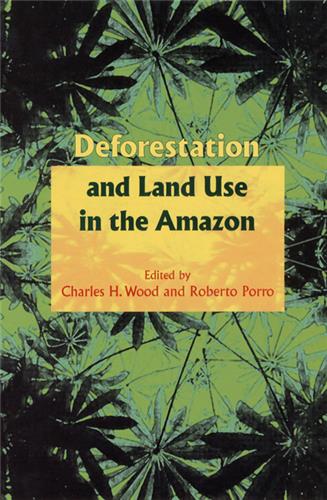 Deforestation and Land Use in the Amazon

"This volume has the strength of bringing together a diverse set of disciplines not just to juxtapose different approaches to the long-standing pattern/process relationship (which so much of the literature does) but to cut across the thorny attributes of spatial and temporal scale, which so often divide remote-sensors from social scientists."--Lowell Pritchard, Jr., Emory University

The Amazonian territories of Brazil, Bolivia, and Ecuador encompass nearly half of the world's remaining tropical rainforest and contain a wealth of biodiversity whose value we have only begun to appreciate. Deforestation and Land Use in the Amazon is an authoritative analysis of the socioeconomic and biophysical factors operating at local, national, and global levels that serve to promote deforestation in this delicate region.

The leading scholars and specialists in this volume, from both Latin America and the United States, present a uniquely interdisciplinary study of the historical, economic, and political causes accounting for the pace and pattern of the area’s deforestation. Their collected research provides a highly instructive sampler of the best and most useful approaches to land use and deforestation across the broad range of disciplines, agencies, and orientations involved, from the long-term impact of road construction projects, colonization schemes, and commodity prices to immediate concerns over quality of life, water availability, and climate variation.

Heavily illustrated with numerous maps, tables, and charts, the book is an unmatched resource for planners, preservationists, regulatory agencies, demographers, and anyone interested in this environmentally strategic part of the world.

Charles H. Wood is director of the Center for Latin American Studies at the University of Florida. Roberto Porro is an agronomist trained at the University of Sao Paulo, Brazil, with over 10 years of experience as a technical coordinator in conservation and development projects in the eastern Brazilian Amazon.