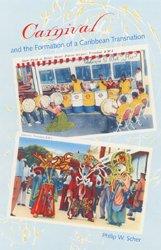 Carnival and the Formation of a Caribbean Transnation

"A welcome contribution to the growing number of recent anthropological studies of popular culture in Trinidad."--David Scott, Columbia University

This dual-site ethnography follows the celebration of Carnival from Trinidad to North America, where immigrant Trinidadian-Americans loyally perpetuate this annual cultural event. Philip Scher uses the lens of transnationalism to explore the Carnival tradition transported from Trinidad by the immigrant Trinis living in Brooklyn, New York.

As Scher moves back and forth between these two sites, he outlines aspects of the history of Carnival in Trinidad, looking in particular at the ways in which the middle class appropriated it and incorporated it into their nationalist agenda. Then, outlining the history of Carnival in Brooklyn, he explores in detail the place of Carnival in the lives of Trinis in New York by focusing attention on a "mas' camp"--the arena of creative activity, from making costumes to general "liming." He demonstrates how Trinis, in their attempt to import the folk traditions of their native island into their American lifestyle, have infused Carnival with a new, distinctly American meaning.

Scher incorporates case studies and interviews into ideas about how the preparation and reception of cultural rituals serve as a bridge between the original culture and its displaced people, and about how this helps the immigrant population to forge its own identity in a new land. The discussion alludes to ethnic and ethnographic theories while remaining grounded and accessible, thus revealing the linkage between Trinidadian Carnival as popular culture and the people who celebrate it in Trinidad and beyond. In all of this description, a judicious use of the voices of participants and a sensitive positioning of the ethnographic presence make for an engaging and subtle analysis.

Philip Scher is assistant professor of anthropology at the University of Oregon.

" A major contribution to the growing popularity of carnivals around the world. It is also a significant contribution to several fields of study, such as Caribbean/West Indian studies, anthropology, sociology, and cultural studies."
--Multicultural review

"a significant new study that will be of value not only to Carnival scholars but to other specialists in Caribbean popular culture, migration studies, and ethnic studies."
--New West Indian Guide

"An important and eminently readable work that merits the attention of both specialists in the field and those with a broader interest in cultural studies."
--Canadian Journal of Latin American and Caribbean Studies