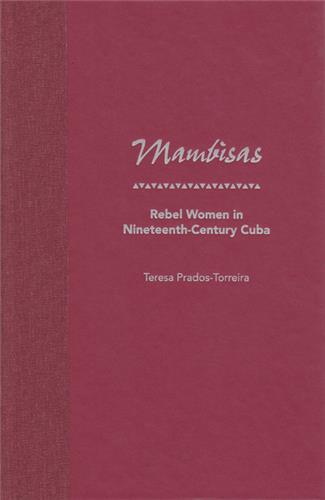 "A significant contribution to the ever-growing field of Caribbean women's history. . . . It broadens the theme of gender and resistance and uses race, class, and gender analysis to explore Cuban women's activism."--Verene A. Shepherd, University of the West Indies

This book examines a rarely studied yet crucial group of insurgents who fought for Cuban independence from Spain during the 19th century: rebel women known as mambisas. Coming from a wide variety of backgrounds--rich and poor, black and white, rural and urban, young and old--these women determinedly and passionately helped forge Cuba's new national identity. They wrote political pamphlets, carried military correspondence across enemy lines, raised money in New York and raised their families in rebel camps, served as nurses, and fought on the rebel army's front lines. In defeat or victory, imprisonment or exile, their stories are fascinating and compelling.

Parallel to the evolution of the Cuban nationalist process, another social phenomenon was occurring--the growth of feminist consciousness. The rebel women's participation in the anticolonial struggle encouraged many of these women to question their role and position within their families and society. In a dramatic shift of cultural attitudes, many women began to view themselves as equal partners with men.

This is the first work that explores how women shaped the war and were in turn shaped by it. Mambisas puts a human face on the Cuban struggle for independence, while at the same time examining the connection between nationalism and feminism in 19th-century Cuba.

Teresa Prados-Torreira is professor of history and cultural studies at Columbia College, Chicago. She has published in Raritan, Revista Santiago, El Pais, and Historia 16.

""Well-researched, nicely written, concise, and accessible to undergraduate and graduate student alike." "It clarifies the contributions women made to the independence age in Cuba, thus bridging and important gap in the history of Cuban women."
--Colonial Latin American Historical Review

…in all of the English-language scholarship that has emerged on this first Cuban Revolution, Mambisas is the first to unequivocally center women as historical agents.
--Journal of Colonialism and Colonial History

…poses important questions that erode assumptions about the level of women's political involvement…an important introduction to the study of gender, politics, and race in nineteenth-century Cuba.
--Hispanic American Historical Review