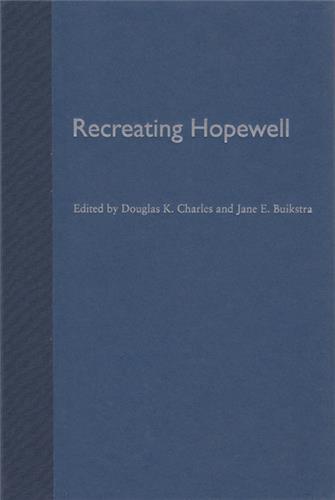 "This volume will be a major publication often utilized and cited by archaeologists across North America (and should also be attractive to any scholar from any region of the world interested in ceremony and ritual in prehistoric societies) . . . I am impressed with [its] scope, breadth and depth . . . a valuable addition to one of the most extraordinary archaeologies in the world."--DeeAnne Wymer, Bloomsburg University

Two thousand years ago, the Hopewell culture dominated much of eastern North America and left behind earthworks and other artifacts that continue to fascinate archaeologists. Recreating Hopewell--the first comprehensive overview of Hopewell archaeology published in a generation--represents more than two decades of new research into the vast world of the moundbuilders. This book includes contributions from scholars working at sites in the Hopewell "core" region of Ohio as well as archaeologists based in Michigan, Wisconsin, Illinois, Missouri, Tennessee, and Georgia. Their results are based on cultural resource management excavations and new analytical techniques, such as the remote sensing of unexcavated sites and chemical sourcing of raw materials.

While providing new insights from each Hopewell region's lithic, ceramic, faunal, and botanical data, this new research clearly shows the extent to which the Hopewell cultures differed across the midcontinent. Giving Hopewell a broader context than previously understood, the authors tie prehistory to historic Indian activities, beliefs, and customs. Scholars interested in the archaeology of eastern North America, especially those working on the juncture of ceremony and settlement, will welcome this important volume.

"Every imaginable facet of Hopewell life is examined in some detail. There simply is nothing left out here, and the serious scholar of Hopewell life will find a veritable treasure chest of references. Will be referenced for some time to come as it considerably broadens the context of Hopewell life from what was previously understood."
--dirtbrothers.org

…a horizon marker for state-of-the-art research for years to come.
--American Anthropologist

"I highly recommend this substantive, well-written, well-edited volume to everyone concerned with the anthropology of ancient, non-literate societies and their complex cognitive worlds. The structures of such worlds can be and are being revealed by patient application of approaches, methods, and techniques spanning a wide archaeological spectrum, as admirably demonstrated in Recreating Hopewell".
--Journal of the Royal Anthropological Institute

"All the chapters are well-written, thoughtful, substantive contributions by respected experts, most with considerable field experience at Hopewell sites."
--The Journal of the Royal Anthropological Institute

The Bioarchaeology of Tuberculosis: A Global View on a Reemerging Disease
Interacting with the Dead: Perspectives on Mortuary Archaeology for the New Millennium