Edited by Douglas A. Feldman

"AIDS, Culture, and Gay Men addresses the urgent need for research on HIV and the behaviors of men who have sex with men. Based on studies in the U.S., Australia, Greece, and Belgium, the authors provide ethnographic, epidemiological, biological, and historical data and cover issues of risk, ethics, language, and the nature of evidence, all directed at developing effective forms of intervention."--Shirley Lindenbaum, City University of New York

"This book makes a compelling case that culturally oriented anthropological research is essential in understanding and responding to the AIDS crises among MSM and in gay communities."--Serena Nanda, City University of New York

The traditional emphasis in HIV/AIDS research within gay communities has focused on sexual behavior and psychological issues. Yet to better understand the social and cultural dimensions of the disease, and to halt the spread of HIV, it is essential to recognize and understand the culture of MSM. Cultural anthropologists, unquestionably, are in a unique position to achieve this understanding. Douglas Feldman has gathered a diverse group of experts to contribute to this collection, and the volume features a wealth of scholarly data unavailable elsewhere.

Douglas A. Feldman is professor of anthropology at the State University of New York, Brockport. Awarded the AAA's Kimball Award in Public Anthropology in 1996 for his work exploring the connection between AIDS and anthropology, Feldman is the editor of five books, including The AIDS Crisis: A Documentary History and AIDS, Culture, and Africa.

"An excellent collection of new work on the changing cultural contexts in which MSM live and deal with the realities of HIV/AIDS."
--H-Net Reviews 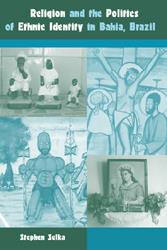