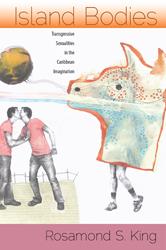 "A thoughtful exploration of how Caribbean women and sexual minorities are at the center of a sexual revolution that refuses containment within Euro-American concepts of identity and sexuality. This is an unprecedented sexual revolution, led by sexual minorities, transforming the region and giving new meanings to what inclusion and liberation look like."--Amalia L. Cabezas, author of Economies of Desire: Sex Tourism in Cuba and the Dominican Republic

"Outstanding. One of the best examinations of the dissonance between official sexual ideologies and actual social and cultural practices I have had the pleasure of reading."--David William Foster, author of São Paulo: Perspectives on the City and Cultural Production


In Island Bodies, Rosamond King examines sexualities, violence, and repression in the Caribbean experience. She analyzes the sexual norms and expectations portrayed in Caribbean and diaspora literature, music, film, and popular culture to show how many individuals contest traditional roles by maneuvering within and/or trying to change their society's binary gender systems. She skillfully demonstrates that these transgressions better represent Caribbean culture than the "official" representations perpetuated by governmental elites and often codified into laws that reinforce patriarchal, heterosexual stereotypes.

Unique in its breadth and its multilingual and multidisciplinary approach, Island Bodies addresses homosexuality, interracial relations, transgender people, and women’s sexual agency in Dutch, Francophone, Anglophone, and Hispanophone works of Caribbean literature. Additionally, King explores the paradoxical nature of sexuality across the region: discussing sexuality in public is often considered taboo, yet the tourism economy trades on portraying Caribbean residents as hypersexualized.

Ultimately King reveals that despite the varied national specificity, differing colonial legacies, and linguistic diversity across the islands, there are striking similarities in the ways Caribglobal cultures attempt to restrict sexuality and in the ways individuals explore and transgress those boundaries.

Rosamond S. King is associate professor of English at Brooklyn College and coeditor of Theorizing Homophobias in the Caribbean: Complexities of Place, Desire, and Belonging.

Island Bodies deserves a wide readership in multiple academic fields, including Caribbean, gender and sexuality, and diaspora studies due to the breadth and scope of its analysis. It is one of the first books to develop a framework that does not just acknowledge but actively thinks through the diverse desires, lives, and experiences of Caribglobal communities.
--H-Net Reviews

Gives us a new and richly nuanced reading of contemporary Caribbean culture . . . . With an admirable demonstration of cross-cultural transdisciplinarity, this work expands the library of Caribbean studies, of sexualities, and of African Diaspora literary and cultural studies.
--E-Misférica

[An] impressively searching and inclusive work. . . . Examin[ing] a striking range of material from the 1970s onwards, including literature, film, music and popular cultural forms such as festivals, calypso and activism.
--Caribbean Quarterly

Unique in its scope. . . . it theorizes transgression using everyday concepts to conceive of “Caribglobal” space across language traditions in the region and in migration, and to pose political futures.
--American Quarterly 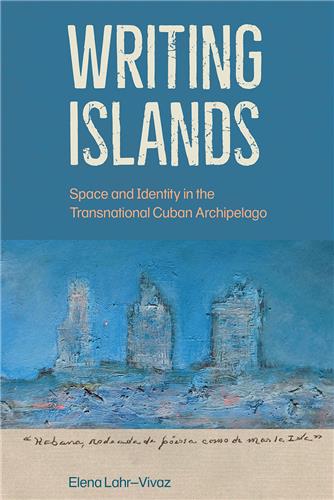