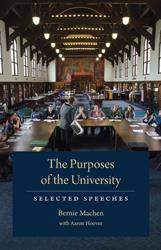 The Purposes of the University
Selected Speeches

"Write your own story. Find the strength, whatever your hardships, to tell the powerful story within each of you. Write the best stories you can for your families, your communities, and your country. Live the biographies everyone will read."--Remarks to Palm Beach County’s most accomplished graduating seniors at the Scholastic Achievement Foundation of Palm Beach County

"We injure our humanity in discriminating against others, and we deny ourselves the richness of experience on this earth. We cannot be the nation we want to be, or the university we want to be, without everyone participating in equal measure."--Remarks at a reception for Federal Judge Stephan P. Mickle, the first black student to earn an undergraduate degree from UF

"Science is far from perfect, but it’s all we have. When you shine a light on scientists and their work, revealing both the strengths and the flaws, you beat back the darkness and denial that offer no future."--Remarks to the National Association of Science Writers

The modern university is a beacon for students, a home for scholars, a hub of culture in the community, an engine of discovery, an economic force--a place of many purposes, all facing change or reinvention. This selection of speeches from University of Florida president Bernie Machen, with executive speechwriter Aaron Hoover, offers insights on public higher education and its challenges from the helm of one of the largest land-grant universities in the country. The Purposes of the University sheds light on many of the recent upheavals within academia. Machen has defended against legislative pressures and criticism of the liberal arts and sciences, cemented the university's bonds with donors as public funding crumbled, worked to maintain student diversity post-affirmative action, sought to define innovation as a central mission, led a major turn toward sustainability, and forged new educational models online and on campus. The speeches in this volume also highlight milestones and key moments at UF, from the expansion of the campus to mediation of town-gown relations to the launch of research projects all over the world. They offer candid portraits of the life and people of the university and its hometown of Gainesville, celebrating iconic figures like Gatorade inventor Robert Cade and campus personalities such as UF's longest-serving employee, Betty Jones. And they include reflections on university life: tributes to the first black students, the history of the marching band, the trees of the historic campus, and the legacy of student veterans who enrolled after returning from the nation's wars.
Perhaps the most traditional public role for university presidents is to encourage and help students. In his speeches--at commencements, convocations, and other events across the state--Machen aims to inspire and to celebrate young people and their passion. On topics both weighty and whimsical, his perspective combines openness to the many changes ahead with full faith in the university and its many purposes.

Aaron Hoover is an award-winning speechwriter who has worked closely with President Machen since 2005. A former science writer and newspaper reporter, he is the executive speechwriter in the UF President’s Office. 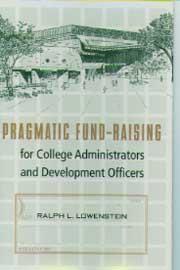