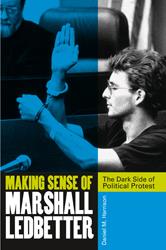 Making Sense of Marshall Ledbetter
The Dark Side of Political Protest