Origins of the Dream
Hughes's Poetry and King's Rhetoric


“Shows how the relationship between King and Hughes is part of a larger tradition in African American rhetoric of community, indirection, and cultural reinvention. . . . Reminds us of how marginalized groups remodel and subvert communication patterns in order to have their voices heard and make them matter in the mainstream.”—American Literary History

"Majestic. Grounded in astute interpretations of how speech acts function in history, this book is an exemplary model for future inquiries about the confluence of thought, poetry, and social action."--Jerry Ward Jr., coeditor of The Cambridge History of African American Literature

"A vade mecum for those interested in the cultural ingredients, the political values, and the artistic sensibilities that united Langston Hughes and Martin Luther King Jr. in spirit, thought, and outlook. Masterfully conceived, meticulously researched, and gracefully written, this book breaks new ground."--Lewis V. Baldwin, author of There Is a Balm in Gilead: The Cultural Roots of Martin Luther King, Jr.

"Archival material is spotlighted in Miller’s exploration of the ways Martin Luther King Jr. enlarged the appeal of his rhetoric by using poetry in his speeches. Readers will emerge with a greater appreciation of both King and Langston Hughes."--Donna Akiba Sullivan Harper, editor of The Later Simple Stories (The Collected Works of Langston Hughes, Volume 8)


For years, some scholars have privately suspected Martin Luther King Jr.'s "I Have a Dream" speech was connected to Langston Hughes's poetry, and the link between the two was purposefully veiled through careful allusions in King's orations. In Origins of the Dream, W. Jason Miller lifts that veil to demonstrate how Hughes's revolutionary poetry became a measurable inflection in King's voice, and that the influence can be found in more than just the one famous speech.


Miller contends that by employing Hughes's metaphors in his speeches, King negotiated a political climate that sought to silence the poet's subversive voice. He argues that by using allusion rather than quotation, King avoided intensifying the threats and accusations against him, while allowing the nation to unconsciously embrace the incendiary ideas behind Hughes's poetry.


W. Jason Miller is associate professor of English at North Carolina State University. He is the author of Langston Hughes and American Lynching Culture.

Invokes readers to reconsider both figures through their shared poetic metaphors of dreaming.
--American Literature

Shares how King’s dream is traced to Hughes’ poetry. The book reveals that King wasn’t just a preacher or political figure, but also had the persona of a poet.
--Technician

Explores the previously unrealized link between poetry and politics at one of the most important times in American history.
--BlueRidgeNow Blog

Brilliant....Miller’s book will help correct the historical amnesia that has for too long blotted out recognition of the cultural continuity between Hughes and King. A masterpiece.
--Choice

Miller meticulously examines the ways by which, through a process of what he calls “submerging,” King reworked a number of Hughes’ key images and tropes. . . . [A] carefully researched and astutely argued book.
--Science & Society

Shows how the relationship between King and Hughes is part of a larger tradition in African American rhetoric of community, indirection, and cultural reinvention. . . . Reminds us of how marginalized groups remodel and subvert communication patterns in order to have their voices heard and make them matter in the mainstream.
--American Literary History 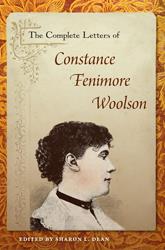