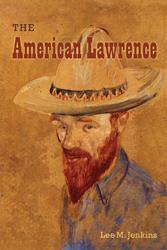 
“Elegantly and beautifully rendered, with much to engage the reader. . . . An important and timely contribution to debates about Lawrence and spirit of place, and the locations(s) of modernism.”—Review of English Studies

“Intelligent, well-focused criticism [that] manages to remain both historicist and revisionist in its ambition and organization.”—English Literature in Transition, 1880–1920

“A much-needed historicization of Lawrence within American studies.”—Journal of D. H. Lawrence Studies

“Distinguishes itself through its concision, its keen attention to trends of cultural theory emerging simultaneously to Lawrence’s writing in America, and its effective situation of Lawrence’s American writing vis-à-vis critical theories in American studies today.”—D. H. Lawrence Review

“This study sees Lawrence as a non-American who nevertheless wrote American literature, especially during the 1920s period when he lived in and wrote about New Mexico.”—American Literature

“An arresting book. . . . Provides a holistic appraisal of [Lawrence’s] American writing . . . Essential reading for anyone with a serious interest in Lawrence, Anglo-American literary history, and the transnational.”—Irish Journal of American Studies


By examining Lawrence's experiences in the Americas, including his fascination with indigenous cultures, Jenkins illustrates how the modernist writer helped shape both American literary criticism and the American literary canon. Reassessing Lawrence's relationship to American modernism and his literary contemporaries in the New World, Jenkins portrays Lawrence as a transatlantic writer whose significant body of work embraces and adapts both English and American traditions and innovations.


Lee M. Jenkins is senior lecturer in English at University College Cork. She is the author of The Language of Caribbean Poetry: Boundaries of Expression and Wallace Stevens: Rage for Order and the coeditor of Locations of Literary Modernism: Region and Nation in British and American Modernist Poetry, A History of Modernist Poetry, and The Cambridge Companion to Modernist Poetry.