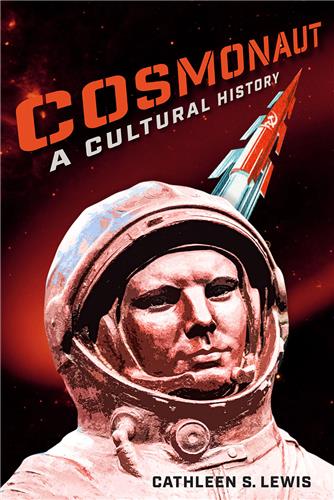 “A superb and engaging history of the cosmonauts whose feats redefined Soviet culture and continue to influence post-Soviet life. Weaving together material, consumer, and cultural history, Lewis expertly demonstrates how this cultural phenomenon of late socialism shaped the Soviet space program.”—Steven E. Harris, author of Communism on Tomorrow Street: Mass Housing and Everyday Life after Stalin

“A thorough—and thoroughly fascinating—history of Soviet and Russian spacefaring in all its many dimensions: political, social, and technological.”—Gregg Herken, professor emeritus, University of California, Merced

In this book, Cathleen Lewis discusses how the public image of the Soviet cosmonaut developed beginning in the 1950s and the ways this icon has been reinterpreted throughout the years and in contemporary Russia. Compiling material and cultural representations of the cosmonaut program, Lewis provides a new perspective on the story of Soviet spaceflight, highlighting how the government has celebrated figures such as Yuri Gagarin and Valentina Tereshkova through newspapers, radio, parades, monuments, museums, films, and even postage stamps and lapel pins.

Lewis’s analysis shows that during the Space Race, Nikita Khrushchev mobilized cosmonaut stories and images to symbolize the forward-looking Soviet state and distract from the costs of the Cold War. Public perceptions shifted after the first Soviet spaceflight fatality and failure to reach the Moon, yet cosmonaut imagery was still effective propaganda, evolving through the USSR’s collapse in 1991 and seen today in Vladimir Putin’s government cooperation for a film on the 1985 rescue of the Salyut 7 space station. Looking closely at the process through which Russians continue to reexamine their past, Lewis argues that the cultural memory of spaceflight remains especially potent among other collective Soviet memories.

Cathleen S. Lewis is curator of international space programs and spacesuits at the Smithsonian Institution’s National Air and Space Museum, specializing in Soviet and Russian history. She is coeditor of Spaceflight: A Smithsonian Guide and Air and Space History: An Annotated Bibliography.