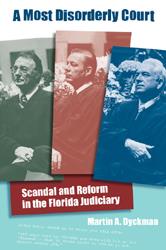 A Most Disorderly Court
Scandal and Reform in the Florida Judiciary

"This is a fascinating account of a sordid chapter in the history of the Florida Supreme Court. It reads more like a novel than a history book; the story is engagingly told and beautifully written."--Ann Piccard, Stetson University

"A nice snapshot of a moment in Florida's history that provides a glimpse of how business and power can corrupt a legal system anywhere."--Elizabeth Dale, University of Florida

In the 1970s, justices on the Florida Supreme Court were popularly elected. But a number of scandals threatened to topple the court until public outrage led to profound reforms and fundamental changes in the way justices were seated.

One justice abruptly retired after being filmed on a high-roller junket to Las Vegas. Two others tried to fix cases in lower courts on behalf of campaign supporters. A fourth destroyed evidence by shredding his copy of a document into "seventeen equal" strips of paper that he then flushed down a toilet.

As the journalist who wrote most of the stories that exposed these events, Martin Dyckman played a key role in revealing the corruption, favoritism, and cronyism then rampant in the court.

A Most Disorderly Court recounts this dark period in Florida politics, when stunning revelations regularly came to light. He also traces the reform efforts that ultimately led to a constitutional amendment providing for the appointment of all Florida's appellate judges, and emphasizes the absolute importance of confidential sources for journalists.

Martin A. Dyckman, retired associate editor of the St. Petersburg Times, is the author of Floridian of His Century: The Courage of Governor LeRoy Collins.

" In what reads more like a novel than a history book, A Most Disorderly Court recounts a dark period in Florida politics and traces the reform efforts that ultimately led to a constitutional amendment providing for the appointment of all Florida's appellate judges."
--The Florida Bar Journal

Reubin O'D. Askew and the Golden Age of Florida Politics
Floridian of His Century: The Courage of Governor LeRoy Collins 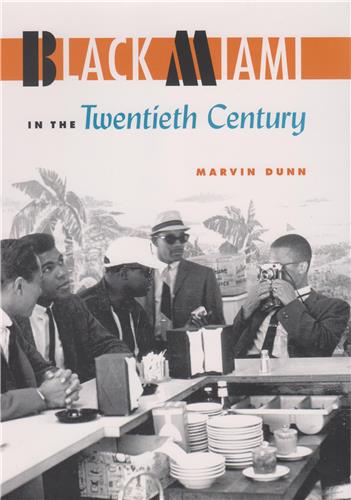