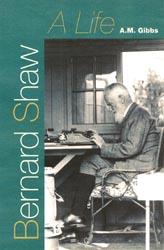 "Bernard Shaw: A Life is an intelligent and sympathetic reappraisal of one of the great modern dramatists, replacing the legend of the cranky, sexless preacher with a humane and attractive portrait of the man and his work."--Nicholas Grene, Trinity College, Dublin "Biography as it should be. Gibbs grounds his rich trove of new information in solid and sensible interpretations that will provide important new grist for the scholarly Shaw mill. Better yet, his sprightly prose and engaging writing make Shaw's biography as delightful to read as anything Shaw himself wrote. Any fan of GBS will want to read this book."--Deirdre Bair, author and National Book Award Winner for Samuel Beckett: A Biography
"Bernard Shaw: A Life is a vivid time capsule of a biography. A life and times, in a single accessible volume, of a creative master and canny controversialist who occupied the world stage into his tenth decade is a remarkable achievement." --Stanley Weintraub, biographer and editor of Shaw: The Diaries and Shaw: An Autobiography

"As Gibb’s biography has the great virtue of just letting the facts speak for themselves, as much as possible, it won’t surprise me if this relatively spin-free work becomes the Shaw biography of choice for many years to come. There’s nothing like the ineluctable march of incontrovertible facts presented in an entertaining style to persuade the reader that this is the way it really was, not as the biographer would like it to be to prove a case." -- Richard Dietrich, President, International Shaw Society


Bernard Shaw fashioned public images of himself that belied the nature and depth of his emotional experiences and the complexity of his intellectual outlook. In this absorbing biography, noted Shavian authority A. M. Gibbs debunks many of the elements that form the foundation of Shaw's self-created legend--from his childhood (which was not the loveless experience he claimed publicly), to his sexual relationships with several women, to his marriage, his politics, his Irish identity, and his controversial philosophy of Creative Evolution.

Drawing on previously unpublished materials, including never-before-seen photographs and early sketches by Shaw, Gibbs offers a fresh perspective and brings us closer than ever before to the human being behind the masks.

A.M. Gibbs is Emeritus Professor of English at Macquarie University, Sydney, and a Fellow of the Australian Academy of the Humanities. He is a graduate of the University of Melbourne, and of Oxford University, where he was a Rhodes Scholar. He is known internationally as a leading authority on Shaw, about whom he has published many books and essays, and is a member of the founding Council of the International Shaw Society. His previous publications include The Art and Mind of Shaw: Essays in Criticism, Shaw: Interviews and Recollections, and A Bernard Shaw Chronology.

"Brings us closer to this great man by shedding new light on some of the self-created myths concerning his life . . . Lively and informative."
--Library Journal

"A provocative reapraisal of a canonical writer."
--Booklist

"Thanks to Gibbs's gloriously realized biographical efforts, readers will find in this book the mercurial Shaw in all his protean incarnations . . . This is a masterful biography: judicious, balanced, comprehensive, and accessible."
--Choice

"Gibbs does justice to the rich life of Bernard Shaw, drawing interesting and original insights into Shaw's numerous relationships with women and the effect of his Irish middle class upbrining. Gibbs also traces Shaw's intellectual and literary development in relation to the massive events that occurred during Shaw's life, including two world wars and the decline of the British colonial empire. A leading authority on Shaw, Gibbs writes vividly and with a sure grasp of his material. This book is sure to entertain the literary or political-minded reader, or anyone who simply enjoys a well-written biography." --Bookseller and Publisher
--Australian Bookseller and Publisher

"Gibbs is excellent on uncovering Shaw's motivation. Shaw's rich and varied life is discussed clearly and one is reminded why, in 1937, Churchill called him 'the greatest living master of letters in the English-speaking world."
--Times Higher Education Supplement

[A] fresh, good-humored, magnificently sane, and revelatory traversal of one of the most entertaining and fascinating literary lives of the modern era."
--English Literature in Transition, 1880-1920

"A well-documented, multi-dimentional, revisionist biography of Bernard Shaw seen from a variety of perspectives. Gibbs's careful attention to details and the impressive reconstruction of key happenings in Shaw's life make the book as intriguing as a novel!"
--English Studies: A Journal of English Language and Literature

"The sense that Gibbs has come to these matters fresh leads him to spot and articulate some important if simple truths, one of which is that his subject dedicated his life to a cause mightier than himself ('rather than, say, happiness'), and another is that he didn't have to."
--London Review of Books

"This newest of Shavianlives, the latest although not the last word, is the most authoritative yet and is likely to remain so for a long time to come."
--SHAW: The Annual of Bernard Shaw Studies

"This Shaw is less is less of a trumpet-blowing giant, more humanly flawed and therefore, on the 150th anniversary of his birth, more interesting, still a great Irishman."
--Irish Independent

"Not simply a record of a life but a serious and illuminating study of the playwriting and other activities of Shaw on paper. An admirable picture of a writer who made a most valuable contriibution to the life of his time."
--The Shavian

"Scholars of theatre, of literature, and of Shaw will benefit from the addition of this impressively researched and engaging work to their library"
--Theatre History Studies

"Deploying dry, measured fact, accumulated over decades of research and source-hunting, Professor Gibbs distinguishes between the man and his self-constructions. Preserves a valuable strain of the biographical enterprise in English, one that is largely extinct in its former home. That is, a sense of decency"
--Australian Book Review