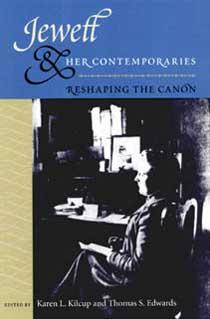 Jewett and Her Contemporaries
Reshaping the Canon

Jewett and Her Contemporaries: Reshaping the Canon
A Cherokee Woman's America: Memoirs of Narcissa Owen, 1831-1907

Jewett and Her Contemporaries: Reshaping the Canon