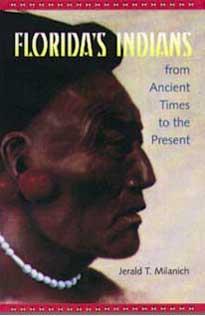 Laboring in the Fields of the Lord: Spanish Missions and Southeastern Indians
Tacachale: Essays on the Indians of Florida and Southeastern Georgia during the Historic Period
Archaeology of Northern Florida, A.D. 200-900: The McKeithen Weeden Island Culture
Hernando de Soto and the Indians of Florida
First Encounters: Spanish Explorations in the Caribbean and the United States, 1492–1570
Archaeology of Precolumbian Florida
Hidden Seminoles: Julian Dimock's Historic Florida Photographs
Enchantments: Julian Dimock’s Photographs of Southwest Florida
Archaeology of the Everglades
Florida Indians and the Invasion from Europe