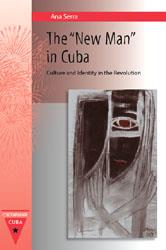 The "New Man" in Cuba
Culture and Identity in the Revolution

"A pioneering work of cultural history as well as an impressive work of literary criticism. Its elegant and enjoyable prose takes us on an amazing journey from utopia to dystopia and back, from the making of one of the most significant political, social and cultural experiments in recent world history to its failure on the eve of a new millennium . . . ought to be required reading for anyone grappling with the relationship between art and revolution in Cuba."--Lourdes Martinez-Echazabal, University of California-Santa Cruz

The Cuban Revolution of 1959 not only brought Fidel Castro to power, it transformed Cuban cultural identity, with a new notion of "Cubanness" for men and women that Che Guevara defined as the "New Man." In Serra's examination of political speeches and award-winning novels that perpetuated this new identity during the formative years of the Castro regime, she traces the rise and fall of the "New Man," arguing that writers during this period simultaneously contributed to identity creation while criticizing its problematic aspects, even as they appeared to be singing the praises of the regime. The New Man in Cuba is an in-depth discussion of cultural politics and the politics of culture emerging--evidenced by in the relentless desire of Cuban writers, artists, and intellectuals to create a "New Man" and hold tight to a revolutionary spirit. The authors Serra analyzes professed unconditional support for the revolution, yet their texts contained prophetic insights into the conflicts that the new identity would generate, and influenced recent literary works that deconstruct the "New Man."

Grounded in poststructuralist theories, including feminist, gender, and cultural studies, the book focuses on five pivotal works of the period: Volunteer Teacher (1962), Memories of Underdevelopment (1965), The Children Say Goodbye (1968), Sacchario (1970), and The Last Woman and the Next Combat (1971), showing how each of these works responds to a particular campaign, moment of crisis, or ideological process. Further, the epilogue interprets four recent novels by Leonardo Padura Fuentes as openly criticizing the New Man. This is the first monograph to make available to English readers the Spanish literary and political texts that laid the basis for revolutionary culture and identity but were almost ignored because of the Cuban Revolution's controversial history. Serra's study of a little explained cultural idea helps elucidate the resilience of the revolution to this day.

" Rich in resources and interdiciplinary linkage; critical concepts are freed from strict disciplinary constraints and arcane jargon, and the cultural history of the Cuban Revolution is elucidated though its ambiguities and contradictions. An intellegent exponent of the value of cultural studies."
--Hispanic American Historical Review

"An impressive, well-researched book that shows critical acuity and vision."
--The Americas

"A very well researched and detailed study that examines the politics of Cuban culture and the need of many Cuban authors, artists, and other intellectuals to create the concept of a "New Man."
--Arizona Journal of Hispanic Cultural Studies