The Revolution That Failed: Reconstruction in Natchitoches

The chaotic years after the Civil War are often seen as a time of uniquely American idealism—a revolutionary attempt to rebuild the nation that paved the way for the civil rights movement of the twentieth century. But Adam Fairclough rejects this prevailing view, challenging prominent historians such as Eric Foner and James McPherson. He argues that Reconstruction was, quite simply, a disaster and that the civil rights movement triumphed despite it, not because of it.

The Architecture of Leisure: The Florida Resort Hotels of Henry Flagler and Henry Plant 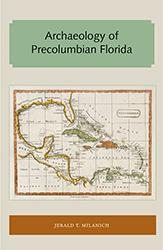 The Seedtime, the Work, and the Harvest: New Perspectives on the Black Freedom Struggle in America

This volume expands the chronology and geography of the black freedom struggle beyond the traditional emphasis on the old South and the years between 1954 and 1968.

Everybody's Problem: The War on Poverty in Eastern North Carolina

Karen Hawkins describes the founding of Craven Operation Progress in North Carolina, discusses the philosophies and tactics of its directors, and outlines the tensions that arose between local leadership and federal control.

Struggle for the Gulf Borderlands: The Creek War and the Battle of New Orleans, 1812–1815

Between Washington and Du Bois: The Racial Politics of James Edward Shepard

Between Washington and Du Bois describes the life and work of James Edward Shepard, the founder and president of the first state-supported black liberal arts college in the South—what is today known as North Carolina Central University.

Clune and Stringfield use a wide range of historical and archaeological records, spiced with traditional period recipes, to provide a unique look into the daily lives of the people who endured hardship, disease, and hurricanes to settle the Gulf coast frontier. The result is a highly readable account of a city with a rich and fascinating past.