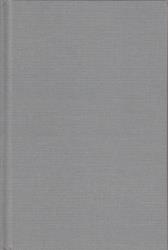 "A smoothly written and well-balanced piece of history...Nelson's portrayal of Grant as a Scotsman and soldier is the common thread that runs throughout the book, keeping everything in perspective and providing the reader with a readily accessible and fascinating narrative."--Philander D. Chase, editor of The Papers of George Washington, University of Virginia
Though Major General James Grant's name appears in many early histories of Florida, he has been remembered primarily for one speech he delivered in Parliament in 1775 that disparaged American military might. In this first full-scale biography of him, Nelson establishes Grant as an intelligent participant in the political and military events of his age.
As the first royal governor of British colonial Florida (1763-73), Grant practically created the colony once it was secured from Spain at the end of the Seven Years' War. His deliberate cultivation of friendships in the neighboring colonies of Georgia and South Carolina is part of the annals of royal administration, and he left behind a record of balanced, careful leadership. Even after he returned to Great Britain, where he represented Scottish constituencies in Parliament, he maintained an interest in Florida's fate, not least because he held tracts of land in East Florida that yielded profits from indigo.
Using previously neglected Grant papers at Ballindalloch Castle in Scotland, as well as better-known materials, Nelson documents the roots of Grant's personality and ambitions, producing a work of interest for scholars of the American Revolution and of military history, as well as early Florida and 18th-century British history.
Paul David Nelson is professor of history and chair of the department at Berea College and the author of other biographies, including William Tryon and the Course of Empire: A Life in British Imperial Service, William Alexander: Lord Stirling, Anthony Wayne: Soldier of the Early Republic, and General Horatio Gates.

...Grant was a colorful Scotsman, and this is a readable biography. Nelson's research is wide-ranging; equally important, he is one of the first scholars to make extensive use of the Grant papers preserved at Ballindalloch Castle. ...a sound and useful study about a worhwhile subject.
--Mississippi Quarterly

"an example of the stories of men whose ordinary devotion to duty (and good fortune in surviving fire and pestilence) made the eighteenth-century British empire great."
--Gulf Coast Historical Review