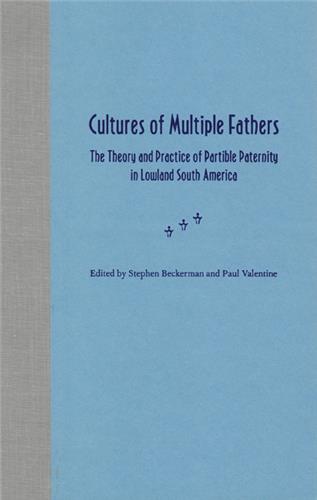 "Rarely does a book suddenly thrust open a door, giving us a striking new view of a certain aspect of the field of anthropology. Cultures of Multiple Fathers does just that. . . . Pretty soon we can expect other volumes to appear documenting partible paternity in Africa, Australia, Melanesia, etc. But this volume will have been the first one."--Robert L. Carneiro, curator of South American Ethnology, American Museum of Natural History

This book is the first to explore the concept of partible paternity, the aboriginal South American belief that a child can have more than one biological father--in other words, that all men who have sex with a woman during her pregnancy contribute to the formation of her baby and may assume social responsibilities for the child after its birth. The contributors, all Amazonian ethnologists with varied anthropological backgrounds and arguably the world's experts on this little-known phenomenon, explore how partible paternity works in several aboriginal societies in the South American lowlands.

Many findings in this book challenge long-held dogma in such fields as evolutionary psychology and evolutionary anthropology and sociology. For example, under some circumstances, children with multiple putative fathers have higher prospects for surviving than do children ascribed to only a single father. Among several ethnic groups, a strong case can be made for a pregnant woman's having a lover so that her child will have more than one father and provider.

The study goes well beyond presenting the fact of belief in partible paternity, placing it in an extensive matrix of kinship, marriage, and associated features of social life. Each author discusses a particular society's beliefs about such related issues as conception and fetal development, domestic group composition and kin terminology, determining which males supply and distribute fish and game to the group, and the fate of children whose fathers die or depart.

"A rich compendium of previously unpublished field reports from across Lowland South America . . . Jargon free, tightly edited, and with a consistent focus, the book should interest not only Americanists but anyone concerned with kinship, gender, origins scenarios, sociobiology, or the history and evolution of the family. If you think you already know about such things, think again."
--The Journal of the Royal Anthropological Institute