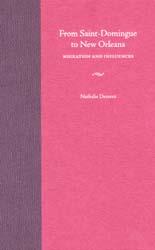 From Saint-Domingue to New Orleans
Migration and Influences