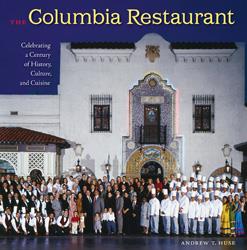 The Columbia Restaurant
Celebrating a Century of History, Culture, and Cuisine

The Columbia is Florida's oldest and most honored restaurant. Founded in 1905 as a cafe catering to immigrant cigar workers in Ybor City, it has grown into one of the culinary touchstones of the state. Handed down from generation to generation, the Columbia remains family owned and operated, with seven locations from St. Augustine to Sarasota.

The Cuban Sandwich: A History in Layers
From Saloons to Steak Houses: A History of Tampa