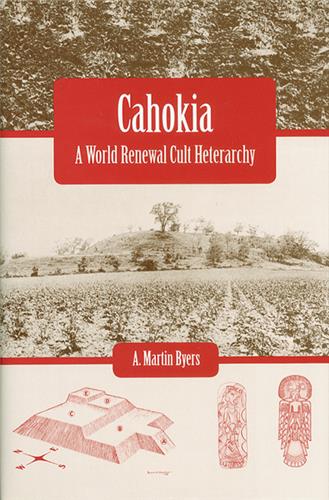 "[Byers] confronts conventional interpretations of the hierarchical socio-political organization of prehistoric Cahokia, arguing that its rise in the twelfth century resulted from its importance as a heterarchical multi-cult center. Both provoking and stimulating, Cahokia's arguments challenge current assumptions in archaeological reconstructions of prehistoric political complexity."--Thomas E. Emerson, University of Illinois at Urbana-Champaign

Cahokia is located in the northern expanse of American Bottom, the largest of the Mississippian flood plains, and opposite St. Louis, Missouri. Byers overturns the current political characterization of this largest known North American prehistoric site north of Mexico. Rather than treating Cahokia as the seat of a dominant Native American polity, a "paramount chiefdom," Byers argues that it must be given a religious characterization as a world renewal cult center. Furthermore, the social and economic powers that it manifests must not be seen to reside in Cahokia itself but in multiple world renewal cults distributed across the American Bottom and in the nearby upland regions.

Byers argues that Cahokia can be thought of as an affiliation of mutually autonomous cults that pooled their labor and other resources and established their collective mission as the performance of world renewal rituals by which to maintain and enhance the sacred powers of the cosmos. The cults, he argues, adopted two forms of sacrifice: one was the incrementally staged manipulation of the deceased (burial, disinterment, bone cleaning, and reburial), with each unfolding step constituting a mortuary act having different and greater world renewal sacrificial force. The other was lethal human sacrifice--probably correlated with long distance warfare by which to procure victims.

A. Martin Byers is a research affiliate in anthropology at McGill University in Montreal.

…a brilliantly original, innovative interpretation of the site and Amerindian late prehistory, and should be examined by every professional archaeologist and historian…Essential.
--Choice

"A careful and extended piece of scholarship from an original thinker."
--Cambridge Archaeological Journal

Other A. Byers Books