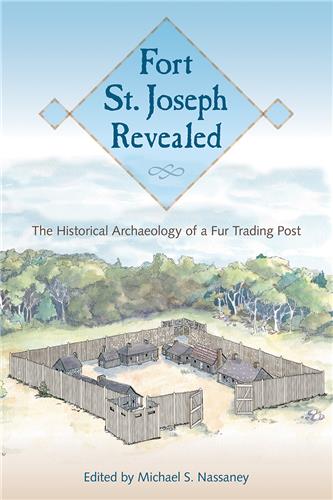 
“Highly readable and remarkable. . . . Community is articulated as the heart of the story of Fort St. Joseph. . . . Highly recommend[ed] . . . not only for its detailed material and archival analysis of a historic site but as a manual for how to do public archaeology and build community in contemporary practice.”—American Antiquity

“Serves as a balance between site report, state of affairs, and cultural commentary. . . . Provides a very useful roadmap of how archaeological projects and stakeholder communities can work together.”—Midcontinental Journal of Archaeology

“Both unique and scientifically important. . . . Rarely has there ever been a scientific archaeological endeavor . . . that involved and, indeed, depended on the cooperation of academics, their students, and the local citizenry to obtain the kind and type of dynamic success Nassaney and his colleagues have been able to achieve.”—Michigan Historical Review

“Details over two decades of community archaeology at one of the most important French colonial forts of the Great Lakes region. Nassaney and his collaborators employ documentary and material perspectives to bring to life this strategic place, presenting new, thought-provoking information to those interested in colonial history and French and American Indian heritage.”—Douglas C. Wilson, coeditor of Exploring Fort Vancouver

“Provides thoughtful analysis of detailed data on a number of topics that will be invaluable for historical archaeologists working on similar sites.”—Elizabeth M. Scott, editor of Archaeological Perspectives on the French in the New World

Fort St. Joseph Revealed is the first synthesis of archaeological and documentary data on one of the most important French colonial outposts in the western Great Lakes region. Located in what is now Michigan, Fort St. Joseph was home to a flourishing fur trade society from the 1680s to 1781. Material evidence of the site—lost for centuries—was discovered in 1998 by volume editor Michael Nassaney and his colleagues, who summarize their extensive excavations at the fort and surrounding areas in these essays.

Contributors analyze material remains including animal bones, lead seals, smudge pits, and various other detritus from daily life to reconstruct the foodways, architectural traditions, crafts, trade, and hide-processing methods of the fur trade. They discuss the complex relationship between the French traders and local Native populations, who relied on each other for survival and forged links across their communities through intermarriage and exchange, even as they maintained their own cultural identities. Faunal remains excavated at the site indicate the French quickly adopted Native cuisine, as they were unable to transport perishable goods across long distances. Copper kettles and other imported objects from Europe were transformed by Native Americans into decorative ornaments such as tinkling cones, and French textiles served as a medium of stylistic expression in the multi-ethnic community that developed at Fort St. Joseph. Featuring a thought-provoking look at the award-winning public archaeology program at the site, this volume will inspire researchers with the potential of community-based service-learning initiatives to tap into the analytical power at the interface of history and archaeology.

Michael S. Nassaney is professor emeritus of anthropology at Western Michigan University and principal investigator of the Fort St. Joseph Archaeological Project. He is the author of The Archaeology of the North American Fur Trade and coeditor of Interpretations of Native North American Life: Material Contributions to Ethnohistory.