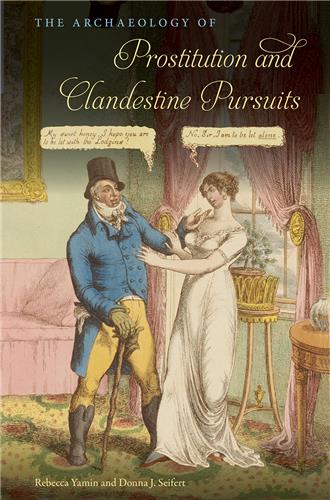 “A compelling and insightful analysis of unconventional and clandestine pursuits in nineteenth-century America. This work assesses individual agency within specific social, political, and economic contexts and illustrates that ‘free will’ is always constrained in some way.”—Deborah L. Rotman, author of The Archaeology of Gender in Historic America

“This fascinating book shows how archaeology can contribute a more complex and nuanced picture of prostitution’s practice in the American past than what we infer from the popular historical narrative.”—Diana diZerega Wall, coauthor of The Archaeology of American Cities

Recognizing the agency involved in practicing a profession that has never been considered respectable, even when it wasn’t outright illegal, Yamin and Seifert also look at the agency of other individuals who participated in illicit activities, defying society privately or even publicly. The authors demonstrate the various ways disempowered groups including immigrants, African Americans, women, and the poor wielded autonomy while constrained by cultural norms. They also consider similar, contemporary expressions of agency, with particular attention to ongoing arguments surrounding the legalization of prostitution. Juxtaposing today’s debates alongside the clandestine pursuits of the past reveals how dominant moral standards determine what individual choices are publicly permissible.

A volume in the series the American Experience in Archaeological Perspective, edited by Michael S. Nassaney