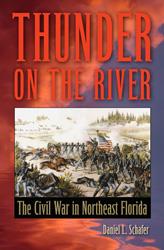 Thunder on the River
The Civil War in Northeast Florida