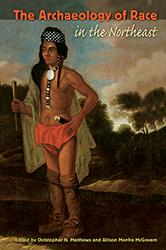 The Archaeology of Race in the Northeast

"A thorough and thoughtful analysis of the material dimensions of life along the color line. The collection helps us reimagine the ways race has shaped the apparently prosaic landscapes of the various reaches of the Northeast."--Paul Mullins, author of The Archaeology of Consumer Culture

"A fantastic collection of cases and an amazing cross section of the research and relevance of historical archaeologies of race in a region often identified as free from such 'tainted' pasts."--Katherine Howlett Hayes, author of Slavery before Race


Historical and archaeological evidence shows that racism defined the social fabric of the northeastern states as much as it did the Deep South. This collection of essays looks at both new sites and well-known areas to explore race, resistance, and white supremacy in the region. With essays covering rural communities, small towns, and cities from the early seventeenth century to the late nineteenth century, the contributors examine the marginalization of minorities and use the material culture to illustrate the significance of race to daily life, community, and identity. Drawing on historical resources, material culture, landscapes, and critical race theory, they highlight the different experiences of various groups, including African American and Native American communities. The treatment of race extends beyond individuals of color to include whites as a racialized group. The contributors explore not only the complex landscapes of slavery and freedom and the changing definition of "enslavement" and "emancipation," but also the prescriptive racial behaviors that triggered the emergence of whiteness in the Northeast and the perceived hierarchy of race.

Christopher N. Matthews, professor of anthropology at Montclair State University, is the author of The Archaeology of American Capitalism and An Archaeology of History and Tradition: Moments of Danger in the Annapolis Landscape. Allison Manfra McGovern is an archaeologist for the Suffolk County Parks and adjunct lecturer of anthropology at Queens College and Farmingdale State College.

A terrific read for professionals as well as interested general readers.
--CHOICE

The Archaeology of American Capitalism
A Struggle for Heritage: Archaeology and Civil Rights in a Long Island Community