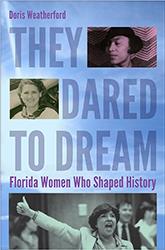 They Dared to Dream
Florida Women Who Shaped History