"Sheds new light on one of the nineteenth century South's most accomplished yet understudied writers. Brown and River's study of Mary Edwards Bryan presents some of her best writings within the context of her time."--James M. Denham, coeditor of Echoes from a Distant Frontier: The Brown Sisters' Correspondence from Antebellum Florida

"A lost writer of the nineteenth century returns to the page with vigor. Her extreme personal trials were hidden by the 'moonlight and magnolias' persona she assumed as her public image. This book allows the real Mary Edwards Bryan to emerge from behind her mask of Southern gentility."--Tracy J. Revels, author of Sunshine Paradise: A History of Florida Tourism


The publication of Manch in 1880 marked the beginning of Mary Edwards Bryan's rise to prominence as one of nineteenth-century America's best-known writers of mass-market fiction. At a time when women were discouraged from having jobs of their own, she made a name for herself as a thoughtful--and well-paid--editor. Despite her cultivated image as editor of Fashion Bazar and Sunny South, Bryan's early life was fraught with obstacles.

In this finely crafted literary biography, Canter Brown Jr. and Larry Eugene Rivers examine Bryan's formative years in Florida, Georgia, and Louisiana, pairing historical insights with selections of her best writing to illustrate how the obstacles she overcame shaped what she wrote. She grew up on a frontier plantation and later lived through the upheavals of secession and war, disruptive affairs with authors and politicians, the tensions of emancipation, and pervading post-war economic disorder.

Despite the oppressive men in her life--her abusive father and husband--as well as unabashed limitations regarding the role of women, Bryan ultimately achieved extraordinary literary accomplishments in New York and Atlanta. A story of celebrity amid scandal, success amid disaster, ambition amid despair, this book reintroduces to the world a courageous and creative talent who yearned to express herself while navigating the restrictive morals and conventions of Victorian society.

Recovers one woman's story, interspersing selections of Cryan's writing with her biography and the history of Florida, Georgia, and Louisiana between the 1830s and the 1880s. . . . A pleasure to read.
--Journal of Southern History

For a Great and Grand Purpose: The Beginnings of the AMEZ Church in Florida, 1864-1905
Slavery in Florida: Territorial Days to Emancipation
The Varieties of Women's Experiences: Portraits of Southern Women in the Post–Civil War Century 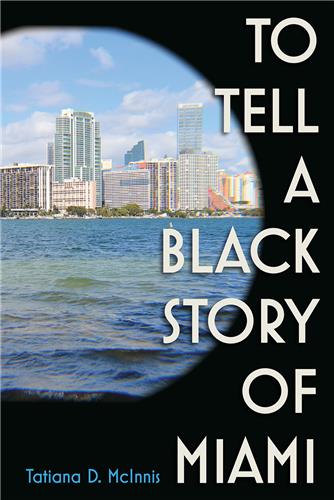