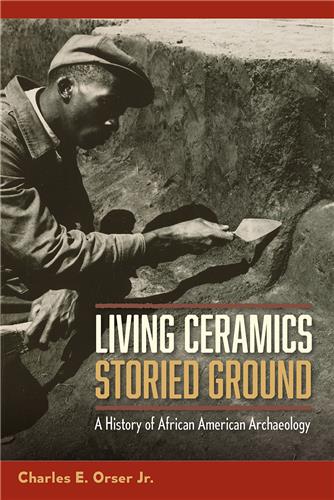 “Orser offers a significant contribution to contemporary archaeology, providing a detailed yet concise synthesis of how material culture has revealed new and important insights into the history of enslavement and the resilience of African and African-descended communities in the United States.”—Diane Wallman, coeditor of Archaeology in Dominica: Everyday Ecologies and Economies at Morne Patate

“The author not only defines the theories, artifacts, and features related to the archaeology of Black slavery in the U.S. but also the excavators who laid the groundwork. More significantly, it presents a genealogy for current and future archaeologists studying the African American experience in the U.S.”—Jodi Skipper, coeditor of Navigating Souths: Transdisciplinary Explorations of a U.S. Region

Exploring the archaeological study of enslavement and emancipation in the United States, this book discusses significant findings, the attitudes and approaches of past researchers, and the development of the field. Living Ceramics, Storied Ground highlights the ways historical archaeology can contribute to the study of African diaspora history and culture, as much of the daily life of enslaved people was not captured through written records but is evidenced in the materials and objects left behind.

Including debates about cultural survivals in the 1920s, efforts to find “Africanisms” at Kingsley plantation in the 1960s, and the realization—as late as the 1970s—that colonoware pottery was created by enslaved people, Charles Orser looks at the influential and often mistaken ideas of prominent anthropologists, archaeologists, and historians. Extending to the present, Orser describes how archaeology better recognizes and appreciates the variety and richness of African American culture during slavery, due in large part to the Black archaeologists, past and present, who have worked to counter racism in the field.

While acknowledging the colonial legacy of archaeology, Charles Orser outlines the ways the discipline has benefitted by adopting antiracist principles and partnerships with descendant communities. This book points to the contributions of excavators and researchers whose roles have been overlooked and anticipates exciting future work in African American archaeology.

Charles E. Orser Jr., research professor at Arizona State University, is the author of many books, including The Archaeology of Race and Racialization in Historic America and An Archaeology of the English Atlantic World, 1600–1700.

The Archaeology of Race and Racialization in Historic America