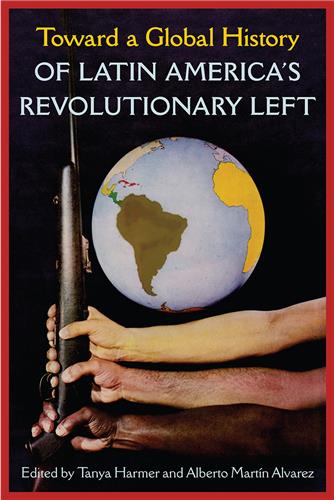 
“Essential reading for anyone interested in the impact of transnational solidarity movements on the evolution of thought and organizing within the global revolutionary left.”—Jessica Stites Mor, editor of Human Rights and Transnational Solidarity in Cold War Latin America

“An important contribution to reexamining the ways in which we think about the geographies of Latin America’s revolutionary left in the global conflict of the Cold War. The volume covers multiple paths and connections that show how each actor was influenced by other regions of the world, but was also influential, creating a better understanding of how each actor was part of the global conflict.”—Aldo Marchesi, author of Latin America’s Radical Left: Rebellion and Cold War in the Global 1960s

This volume showcases new research on the global reach of Latin American revolutionary movements during the height of the Cold War, mapping out the region’s little-known connections with Africa, Asia, and Europe. Toward a Global History of Latin America’s Revolutionary Left offers insights into the effect of international collaboration on the identities, ideologies, strategies, and survival of organizers and groups.

Featuring contributions from historians working in six different countries, this collection includes chapters on Cuba’s hosting of the 1966 Tricontinental Conference that brought revolutionary movements together; Czechoslovakian intelligence’s logistical support for revolutionaries; the Brazilian Left’s search for recognition in Cuba and China; the central role played by European publishing houses in disseminating news from Latin America; Italian support for Brazilian guerrilla insurgents; Spanish ties with Nicaragua’s revolution; and the solidarity of European networks with Guatemala’s Guerrilla Army of the Poor.

Through its expansive geographical perspectives, this volume positions Latin America as a significant force on the international stage of the 1960s and 70s. It sets a new research agenda that will guide future study on leftist movements, transnational networks, and Cold War history in the region.