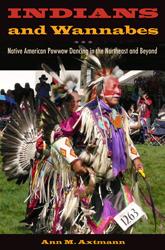 "An excellent introduction to the many complexities and facets of powwows. It entices the reader to recognize the importance of bodies in motion--in particular, dance--in forging social worlds and mediating power relations."--Zoila Mendoza, author of Creating Our Own: Folklore, Performance, and Identity in Cuzco, Peru

"As dancer and dance scholar, Axtmann brings a keen eye and her own kinesthetic knowledge of dance to ground her interpretation of the movement styles of powwow dances. Her fieldwork over many years at a number of powwows in both the United States and Canada gives the work depth and authority. This groundbreaking and lively book makes a real contribution to understanding the style and significance of powwow dancing."--Elizabeth Fine, author of Soulstepping: African American Step Shows

"A rich ethnographic and cultural analysis, grounded in postcolonial and transcultural contexts. Adds a new dimension to our understanding of Native performance."--Julie Malnig, editor of Ballroom, Boogie, Shimmy Sham, Shake: A Social and Popular Dance Reader


Colloquially the term "powwow" refers to a meeting where important matters will be discussed. However, at the thousands of Native American intertribal dances that occur every year throughout the United States and Canada, a powwow means something else altogether. Sometimes lasting up to a week, these social gatherings are a sacred tradition central to Native American spirituality. Attendees dance, drum, sing, eat, re-establish family ties, and make new friends.

In this compelling interdisciplinary work, Ann Axtmann examines powwows as practiced primarily along the Atlantic coastline, from New Jersey to New England. She offers an introduction to the many complexities of the tradition and explores the history of powwow performance, the variety of their setups, the dances themselves, and the phenomenon of "playing Indian." Ultimately, Axtmann seeks to understand how the dancers express and embody power through their moving bodies and what the dances signify for the communities in which they are performed.


Ann M. Axtmann is an independent scholar living in Maine.

Axtmann’s vivid descriptions of how powwow dancers use their bodies and the space around them provide an intriguing account.
--Native American and Indigenous Studies