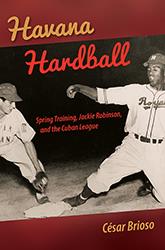 "Set against the backdrop of Old Havana, Cesar Brioso has given us an insightful, often loving ode to a memorable season when baseball's past and future came together."--Tim Wendel, author of Summer of '68: The Season That Changed Baseball, and America, Forever

"Long before the true Gold Age of Cuban baseball marked by the most recent quarter-century, there was also an era of pre-revolutionary professional winter league action housed in Havana. Brioso brings much of that lost 'other' Cuban baseball back to life."--Peter C. Bjarkman, author of A History of Cuban Baseball, 1864-2006

"A must read for baseball enthusiasts. Recounts the travels of Cuban ballplayers, the particular plight of black Cubans and African Americans, and the triumphs and travails of Cuba's professional leagues."--Adrian Burgos Jr., author of Cuban Star: How One Negro-League Owner Changed the Face of Baseball

In February 1947, the most memorable season in the history of the Cuban League finished with a dramatic series win by Almendares against its rival, Habana. As the celebration spread through the streets of Havana and across Cuba, the Brooklyn Dodgers were beginning spring training on the island. One of the Dodgers' minor league players was Jackie Robinson.

He was on the verge of making his major-league debut in the United States, an event that would fundamentally change sports--and America. To avoid harassment from the white crowds in Florida during this critical preseason, the Dodgers relocated their spring training to Cuba, where black and white teammates had played side by side since 1900.

It was also during this time that Major League Baseball was trying its hardest to bring the "outlaw" Cuban League under the control of organized baseball. As the Cubans fought to stay independent, Robinson worked to earn a roster spot on the Dodgers in the face of discrimination from his future teammates.

Havana Hardball captures the excitement of the Cuban League's greatest pennant race and the anticipation of the looming challenge to MLB's color barrier. Illuminating one of the sport's most pivotal seasons, veteran journalist César Brioso brings together a rich mix of worlds as the heyday of Latino baseball converged with one of the most socially meaningful events in U.S. history.

César Brioso is a digital producer and former baseball editor for USA TODAY Sports. In his 25 years as a sports journalist, he has written for the Miami Herald and the South Florida Sun-Sentinel.

Provides context to one of baseball’s greatest moments and also reveals the talent of baseball in Cuba and the fervor of its fan base . . . a clear concise look at baseball’s Cuban connection.
--The Sports Bookie

Has enough history and statistics for any die-hard fan.
--WLRN

An informative and entertaining look at an era when the game and the country were on the brink of profound change--but nobody knew it.
--Tallahassee Democrat

Provides key insights into how baseball has been historically viewed by the Cuban populace, as well as the important role played by Cuba in integrating the American National League.
--Origins

The beauty of Brioso’s story is that it interweaves the most monumental and significant event in the modern history of baseball with an exhilarating season in the Cuban League that ushered it into its Golden Era before the beginning of the Cuban Revolution in 1953. . . . A significant contribution to the literature on baseball in the Americas.
--Historical Horizons

A major contribution to our knowledge of Cuban baseball . . . and likely to remain a standard item in the bibliography of serious scholars.
--Florida Historical Quarterly 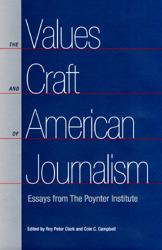 The Values and Craft of American Journalism