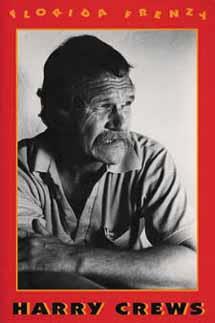 "Fourteen essays and articles and three short stories that will hit you right between the eyes. Crews writing is informed by a deep love of language, literature, nature, blood sports, and his own kind of people--namely rural, southern, hard-drinking, honest-measure hell-raisers. We are all lucky to have him to tell us about cockfighting, dogfighting, mending an injured hawk, becoming a great jockey, poaching gators, and taking ourselves much too seriously"--Chicago Tribune

"The author’s gifts include an elegant and easy style, a knack for telling a good story, and a wry and riotous sense of humor. . . . Unforgettable characters whose preoccupations evoke such memorable detail. Despite the concreteness of his descriptions, his sports cronies and the bar rats he encounters take on a universality in his graceful prose."--Newsday

In this collection of fiction and essays, Crews focuses on the people and places of Florida--full of natural wonders and other, grimier delights that make perfect grist for his forceful style, Southern Gothic sensibilities, and rowdy sense of humor. From poaching gators, to the Gatornationals, to cockfighting--a must-have collection for Harry Crews fans new and old.