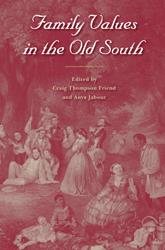 Family Values in the Old South

"Will become a useful addition to our understanding of antebellum Southern families, especially in demonstrating their multiple forms, definitions, and functions."--Sally McMillen, Davidson College

"In pursuit of many kinds of southern families, we move from sewing room to counting room, from orphanage to tavern, and from single-sex love to slave marriages that cross plantation boundaries. Collectively, these essays survey the best of family history as it is now, and they give us a map to where it is going. Incisive, readable, and challenging."--Steven M. Stowe, Indiana University, Bloomington

This collection of essays on family life in the nineteenth-century American South reevaluates the concept of family by looking at mourning practices, farming practices, tavern life, houses divided by politics, and interracial marriages. Individual essays examine cross-plantation marriages among slaves, white orphanages, childhood mortality, miscegenation and inheritance, domestic activities such as sewing, and same-sex relationships.
Editors Craig Thompson Friend and Anya Jabour have collected work from a range of diverse and innovative historians. The volume uncovers more about Southern family life and values than we have previously known and raises new questions about how Southerners conceptualized family--from demographic structures, power relations, and gender roles to the relationship of family to society. In three sections, these ten essays explore the definition of family in the nineteenth-century South, examine the economics of family life, both rural and urban, and ultimately answer the question "what did family mean in the Old South?"

Craig Thompson Friend, associate professor of history at North Carolina State University, is author or editor of numerous books, including Along the Maysville Road and Kentucke’s Frontiers. Anya Jabour, professor of history at the University of Montana, is the author of Topsy Turvy: How the Civil War Turned the World Upside Down for Southern Children, and Marriage in the Early Republic, among other works.

"A remarkably vivid, detailed, and well-researched contribution to modern-day understanding of American culture over a century ago. An absolute “must-have” for college library American History shelves."
--Midwest Book Review

"No preset presumptions of social structure and familiar organizations in the the antebellum South remains uncontested in Friend and Jabour's essay collection on the various contexts and constitutions of family and family values in the Old South. Sheds light on a field in much need of detailed investigation: the family is a central cultural practice and main pillar of Southern society. An inspiring collection, which will find its well-deserved place not just in Southern studies contexts."
--Southern Historian

"A fine collection of ten essays that examine various topics relating to the southern family during the antebellum period. The introduction discusses the extant literature on the topic, and the essays seek to dispel popular and historiographical myths regarding the southern family. All of these essays focus on the overlapping responsibilities of women in the antebellum South and their roles as wives, slaves, slave owners, mothers, owners of businesses and plantations, political actors, litigants in walls, workers, and even partners in homoerotic, female relationships. These essays provide a good start for historians to reexamine what the dominant, gender specific ideology and political culture demanded, the reality on the ground, and alernative ways in which antebellum southerners envisioned the family."
--The Journal of Southern History

"Demonstrates that southern families, and family values, were highly varied, shaped by patriarchal expectations and the complexities of a slave society, but also challenging those expectations and reflecting new bourgeois domestic ideals."
--The Alabama Review

"Beautifully written and persuasively argued, this collection expertly probes the raw emotions that hide behind carefully crafted appearances. Both readable and entertaining, Family Values in the Old South not only adds unique perspectives to the concept of an antebellum family but is likely to reseed the field of family history, which bloomed and died too early."
--The Historian

“A series of lessons on an array of family values to educate those who would, either intentionally or unintentionally, misrepresent the past.”
--The South Carolina Historical Magazine 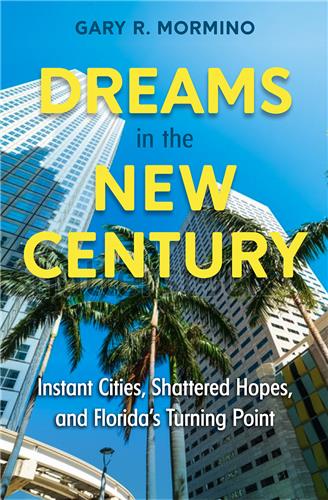