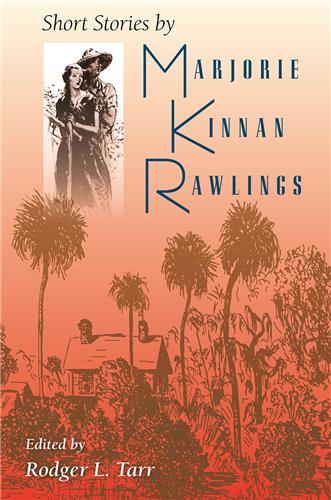 “[Rawlings is] among the first ten American story writers today.” —The New Republic, 1940

“She will help to make the American short story a living part of our literature.”—Boston Transcript, 1940

“One of the two or three sui generis storytellers we have.”—Atlantic Monthly, 1940

This volume collects, for the first time, the twenty-three published short stories of the Pulitzer Prize-winning novelist, Marjorie Kinnan Rawlings. Scribner’s printed Rawlings’s first short story, “Cracker Chidlings,” in 1931, just three years after she moved to an orange grove in the backwoods of north-central Florida. With a mix of frontier morality, ingenuity, and humor, the story introduced readers to Fatty Blake’s squirrel pilau and ‘Shiner Tim’s corn liquor. Just as important, it brought her work to the attention of Maxwell Perkins, who recognized her talent for storytelling and her eye for detail and who encouraged her to capture human drama in more “Cracker” stories.

Often at her best combining satire and sarcasm, Rawlings is merciless in “Gal Young ‘Un” as she bores in on two women, both competing for the same man and struggling for their dignity. The story, published in Harper’s, was awarded the O. Henry Memorial Prize for best short story of 1932 and was made into a prize-winning movie in 1979. Her most autobiographical story, “A Mother in Mannville,” describes the sense of personal loss endured by a childless woman writer. She also wrote a series of comic stories that featured Quincey Dover, her alter ego.

Rodger L. Tarr is distinguished professor of English at Illinois State University. He is the author and editor of numerous books, including The Private Marjorie: The Love Letters of Marjorie Kinnan Rawlings to Norton S. Baskin.